Did you ever dream in your childhood about flying like a superman? I bet there will be many among you still wanting to be superman. In this interesting video by CorridorDigital, the DJI Phantom 2 was used to combat crime and whiz through the skies of downtown Los Angeles like a twister.

The exact combination of equipment was a DJI Phantom 2 with the DJI Zenmuse H3-2D gimbal. The video was shot on the ground as well as in the air and a cool merger of the two produced a flawless video footage in one single piece. After editing, the graphic experts augmented some amazing 3D graphics, did some fabulous time remapping in which the video was made slower or faster as required, captured a green screen video of superman hands and a few more enthralling additions such as motion blur to ensure that the video looks absolutely real without any hitches.

We believe that the video producers collaborated with dronefly.com to provide them with a drone and a pilot. 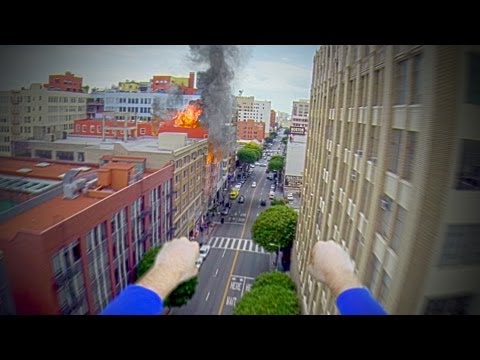