Not for the first time, a dronie crashed his machine into Seattle’s legendary observatory tower, the Space Needle. The observatory’s CEO had a reason to laugh about the crash while talking to CNN since this was the third drone to have been discovered from the property. What makes this particular drone more exciting is the recovered video footage that portrays some nice rising and zooming shots in addition to a sensational visualization of the crash itself.

Identified through the drone’s serial number and FAA’s registration number by the Seattle Police Department, the pilot faces charges of reckless endangerment that can come up with a year of incarceration or $5,000 fine. 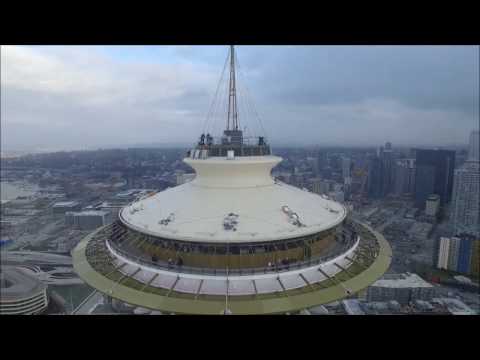 The observatory did not get damaged nor was anyone hurt during the crash. However, flying your drone around sensitive national locations is always fraught with risk.