Home
Blog
A Beneficial Guide of a Firefighter Drone

Firefighter drone experts are mainly focusing on drones to deal with major problems and challenges in rural and urban areas on daily basis. They are trying to explore the usage of drones to increase the efficiency and effectiveness of their capabilities regarding firefighting and rescuing in multiple ways. 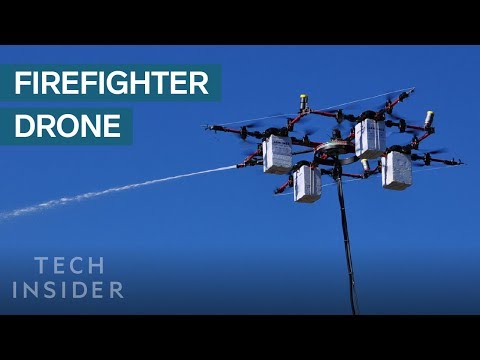 A firefighter drone flies over live fires and also help in post-fire analysis and forensics. Do you know about the most famous fires in current history where drones were used at the tragic fire that flooded Paris’s treasured Notre Dame? In this incident, DJI MAVIC PRO and Matric M210 drones are used to make live video recordings and to track the progression of the fire. Such drones help in finding out the best spots to tackle the blaze. As said by 75% of public safety agencies, they are pursuing some kinds of drone programs, according to the Drone responders 2019 Spring Data Survey. 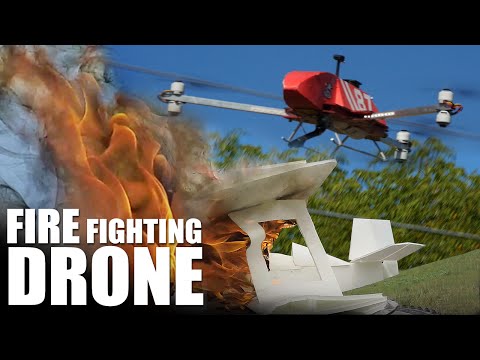 They deploy in the wildfire, in factories fires, and in-home fires, and even these are better than helicopters because of many benefits. For example

Now we are going to talk about a Thailand-based tech supplier, Systronics, It has its own discipline team and group of drone pilots and experts who shared how drones are used in current time, devastating chemical factory explosion. In this explosion, it was declared that the life of a young firefighter forced the evacuation within a five-mile radius.

A Case Study About Incident In The Chemical Factory Fire

On July 5, 2021, at 2:50 a.m., a chemical explosion that was not just a factory but the complete town of Racha Thewa, fifty tons of industrial chemicals caught fire. Racha Thewa is found around twenty-kilo meters from Bangkok, Thailand. That explosion was a great power to blow out the doors and windows of nearby houses and also extremely loud to hear around five-kilo miter away. As you can say that this fire was very huge, that not only destroyed the actual factory as well as so many buildings and homes to become damaged as far as the one-kilometer radius from the starting site. But the good news was only one firefighter was killed and sixty firefighters were injured.

LIKE TO READ  First Ever Augmented Reality Drone Simulator

In this bad happening, city police and firefighters were involved and a great role is played by D.R.A.T that is The Disaster Response Association Thailand, and also specialist drone team conducted by Systronics.

Drones can easily provide complete 360-degree thermal reading fires in their given aerial vantage point. During the fire,  Systronics used drones to provide quick awareness of the factory and supply live aerial data transferring information back to the firefighters on the ground. Crews can see through the substantial smoke and firefighters’ efforts and struggle to and away from threatening hotspots.

When the fire was extinguished, such amazing drones played a key role in quick analysis of the site and evidence collection. The drone can easily capture and monitor high-density point clouds equipped with high-resolution making sensors.

Which Firefighter Drone Is Used?

Because the drone’s capable of carrying different payloads, Systronics defaults roughly $14000 DJI M300 and during the fire, this drone is equipped with DJI’s H20T thermal camera that helps pilots to see through the billowing smoke to particular hotspots and after that direct the firefighter to battle the fire.

To assess the damaged part, Systronics used the DJI P1, DJI Terra and L1 to gather mapping data and to make active and fruitful decision making throughout this process. It was a piece of good news that The National Forest Service started using a firefighter drone back in 2015 and now this team has grown to more than sixty-five drone operators efficiently.

“Chemical fires are some of the unacceptable threats firefighters over the world are called to handle,” as per the prepared statement from DJI. “Not only are industrial chemicals often highly flammable, but they can also be highly toxic threatening emergency personnel and nearby residents with further dangers if not beat out quickly. What’s more, chemical factory consolidates often house multiple stores of different hazardous materials placing even greater urgency on crews to bring flames under control as speedy as possible.”