Before you plan to take your drone outside for a flight adventure, it is always a prudent approach to get your hands on a drone simulator. 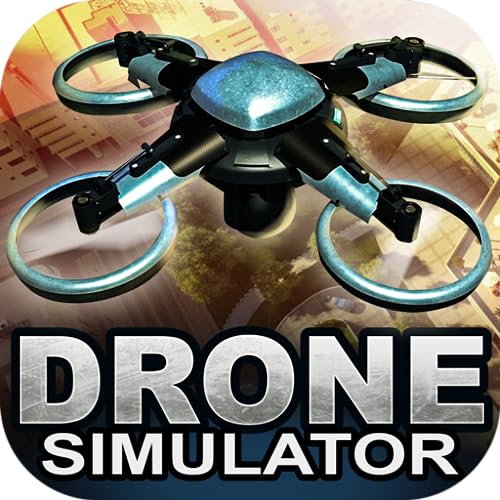 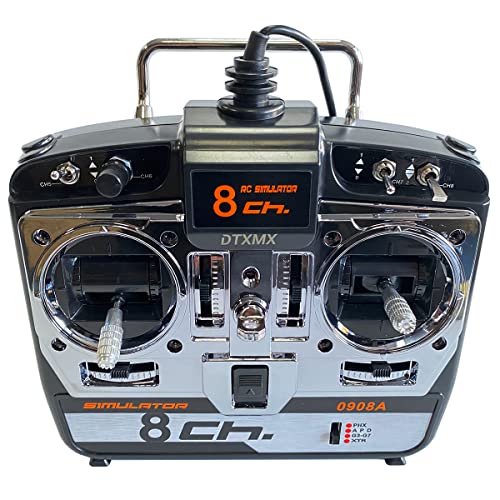 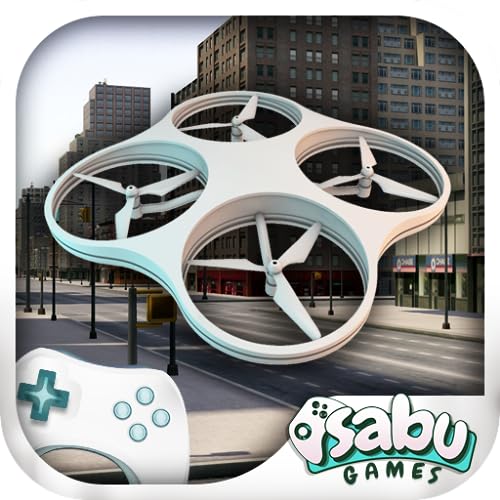 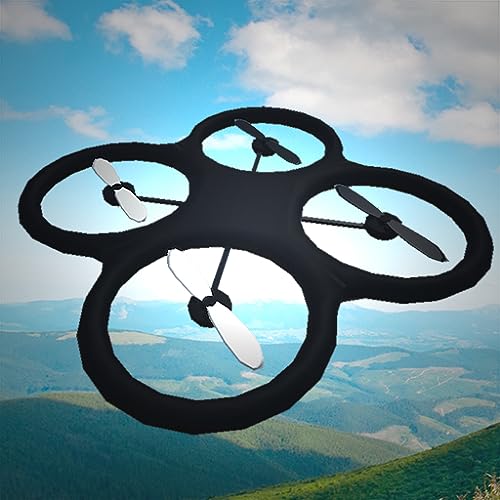 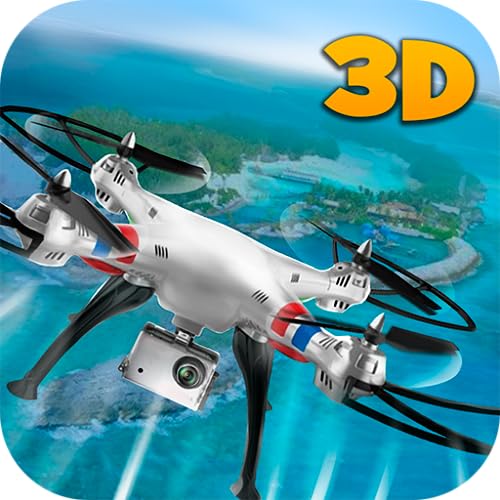 Before you plan to take your drone outside for a flight adventure, it is always a prudent approach to get your hands on a drone simulator. It lets you get a feel for the controls and also protects you from ending up crashing your drone into the ground, trees or neighborhood walls. One can buy a powerful drone simulator by paying a handsome amount of money. However, the ever-growing community of dronies out there ensure that there are a large number of free drone simulators to help you enhance your flying skills.

Drone simulators are of two major types. The first type are the simulators that help you master your First Person View racing skills while the second type of simulators are the one which let you improve on your camera handling skills so that you are able to capture scintillating aerial photographs and video footages.

The best simulators offer a wide variety of course, varying weather conditions and realistic mechanics so that you get acquainted with all types of scenarios that you might have to face one day in a real time situation. Real licensed drone models are a great blessing and also pave the way for future research and development.

All the free drone simulators that we are about to discuss make use of your actual drone radio transmitter which can be connected to your computer using an adapter such as PCTx. You can carry out a Google search to discover other ways to connect your controller in accordance with your requirements. There are drone simulators that are also compatible with video game controllers and can also let you fly your drone using a keyboard and a mouse. However, at the very least, you will be in need of three hands to control your quadcopter if you plan to use these options. 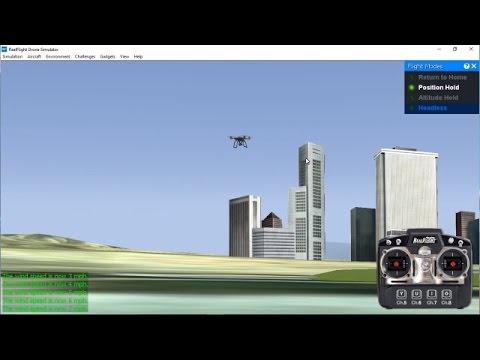 This simulator makes you fly your drone through neon-illuminated labyrinths at extremely fast pace in scenarios set up by the real Drone Racing League in First person view. This is the official drone simulator of the Drone Racing League and is perhaps the most sophisticated of the software that are being discussed in this article. The application is still in its beta phase of development but the Drone Racing League was confident enough about it that they made pilots use it for pre-qualifying stages for the 2017 world championships

Featuring courses from the main racing competition, the DRL Drone Racing Simulator has a point scoring system that is similar to the one used in actual championships. In this scoring system, a pilot and his drone earns points through a blend of checkpoints and completion times.

The actual Drone Racing League drones can be tailored to one’s needs and so is the case with the drones used in the simulator. The outdoor maps are phenomenal but the simulator turns the table on its head when it comes to indoor flights. Drones lit by LED lights have to blast their way through paths enlightened by neon lights and giving spectacular looks. 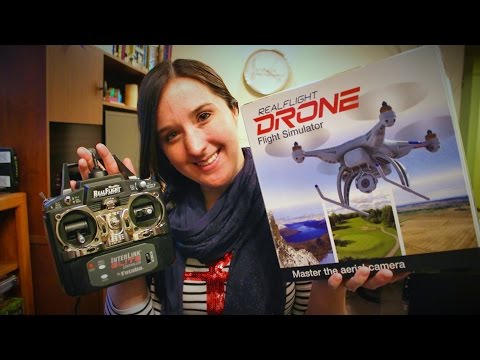 The simulator provides support for both video game and RC controllers. The menu also shows an option to set up keyboard controls. But during our tests, the software was not able to detect any hardware. This is certainly a cause for concern since the subtle control required to manoeuvre your fast paced device through a maze of obstacles would be next to impossible while using hammering your keyboard keys

You can download the DRL Drone Racing Simulator here.

If you are one of the novice drone enthusiasts out there, then this simulator will help you perfect your control over your quadcopter with minimum possible fuss whatsoever. This software is also available in beta stage of development and can be downloaded from the website without any restrictions. As is the case with DRL Drone Racing Simulator, Hotprops Drone Simulator also aims to maximize the experience of drone pilots in terms of First Person View racing. The unity game engine lends the simulator realistic mechanics as pilots can always customize their machines in accordance with their requirements. The settings are quite diverse and comprehensive and pilots can even go through detailed descriptions for each slider and radio button.

As users keep on giving their feedback, the Hotprops developers are always on the run to add, modify and remove features into the simulator. So, the simulator tends to take up a lot of loading time at the time of launch since it has to get updated to the latest version. We had to wait for even half an hour during our tests. As you are in the middle of the simulator, you will have to face more loading time. Even if you are interested in competing against your friends or strangers around the world, you will still require an internet connection to get your courses download before you actually start using the simulator. 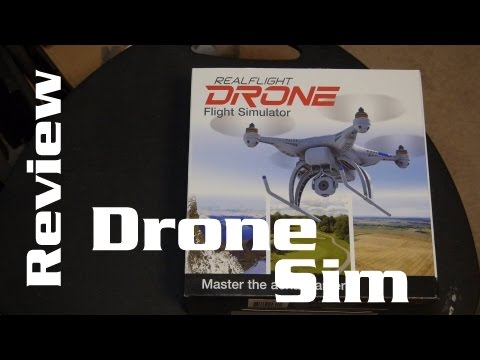 This a graphic intensive software that boasts realistic physics and seamless flight options. The maps available in the simulator are of diverse types and one can polish his/her skills by opting for different courses.

We are not really sure whether the company intend to keep the final version of the simulator free to play or will they be demanding subscription fees. But the beta version, currently available, is a pretty decent bet!

The Real Drone Simulator offers real licensed drones and plenty of fun in addition to lots of additional features for the final release. This is in the pre-alpha (early stage of development) stage and so it is not as sophisticated as the other simulators discussed so far. It also lacks a few important features due to be in early stage of software development. Having said that, it promises to offer plenty of stuff to the dronies while the developers are keeping their fingers crossed to keep it free to play. Hence, they are urging optional donations from fans to let it remain free to play.

This simulator offers two types of environments for drone enthusiasts to practice their skills. The first one is Virtual Reality which is computer generated imagery while the second one is real world environment which is based on Google Earth. Each course portrays an area profile, weather conditions and difficulty level before it begins. So, you know fully well what to expect from a certain course. The mechanics and physics are pretty much real which gets adjusted seamlessly to weather conditions. However, the main purpose of this simulator is to provide an exciting flying adventure. The final release intends to transform it into a game whereby a career mode will be incorporated and players will earn virtual currency to upgrade their drones and compete against other players online as they progress through the levels. The simulator is compatible with a radio transmitter connected via USB, console controller and even a keyboard and a mouse if you are looking to have little fun.

Real Team, the developers of Real Drone Simulator are also planning to include a few missions centered around aerial photography and cinematography and international championships of the type of Drone Racing League. The developers have also incorporated licensed drones in the pre-alpha release and a planning to contact drone manufacturers to to request permission to license their craft when the beta version is released.

This is a great simulator designed specifically for helicopters and offers brilliant support for aerial drone photography. As one gets a clue from the name, this flight simulator has been designed particularly for helicopters. However, its free version also includes an additional quadcopter: DJI Phantom. This is a professional drone for consumers and the Heli-X Flight Simulator helps you enhance your photography and videography skills in the air before you set your $500 investment whizzing through the air.

This simulator tests your skills through a number of training modes. Having said that, if you are looking for a simulator that can also work as a video game, then this one is probably not the one for you. The tasks on offer are quite challenging but you will not get any rewards for beating your opponents or beating your best completion times. The free version boasts two airports and a training course and you can always stuff the courses with obstacles of your choice. 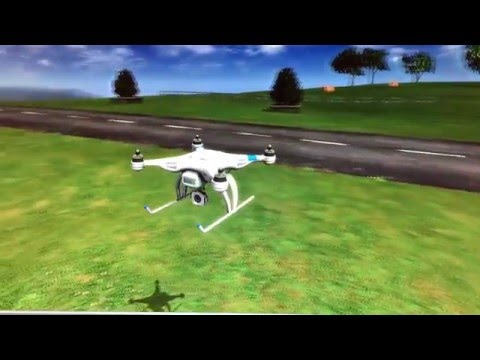 You can always customize the controls but the default ones have been configured by experts. So, even if you modify them during your training course, you won’t be getting a lot of advantage.