Flying cars and cities floating in space along with flying droids and airborne robots have been the centrepiece of numerous blockbuster Hollywood Sci-fi flicks. It goes without saying that these films did not feature trucks with propellers. They portrayed more advanced stuff such as VTOL jets or other anti gravity gizmos.

It seems that these films predicted the emergence of drones long before they became as common as they are now. We can see drones moving around in the local parks as a typical fixture. They are being used in all kinds of industries to accomplish all kinds of purposes. We ignore the fact that autonomous drones are basically flying robots. Rapid advancement is also being witnessed in robotics but one area that is still being neglected is traversing terrain. As it happens that whizzing across the length and breadth of the sky is way too easier than hitch hiking the land autonomously.  That is exactly why sophisticated auto pilot drones are a common feature but smart or intelligent cars are only becoming viable nowadays.

The military use of drones for reconnaissance purposes and their subsequent use in the aftermath of 9/11 terror attacks made them a household name. The US military through its DARPA project has always been cognizant of formulating future warfare tactics and keeping an eye out for state of the art fighting technologies but even they were not able to envision the impact that was to be created by drones.

Military weapons on land, sea and air are getting more and more advanced. As a matter of fact, the entire militaries are getting robotized and that day is not far when the first world countries will have very little human soldiers on ground while remote or semi autonomous flight will be the preferred mode of warfare.

Presently, the US military still is harbouring reservations with regard to giving machines the authority to take critical decisions when it comes to lethal action but the same cannot be expected of nations such as South Korea which has deployed destructive automated weapons to oversee the demilitarized zone between South Korea and North Korea.

In terms of tasks not related to fighting, US has no such compulsions. Firescout is an autonomous helicopter that can carry out patrol and reconnaissance tasks without requiring any oversight. It has the ability to take off from an aircraft carrier and come back exactly to its original point of take-off.

Here is a video footage of the Firescout in action. 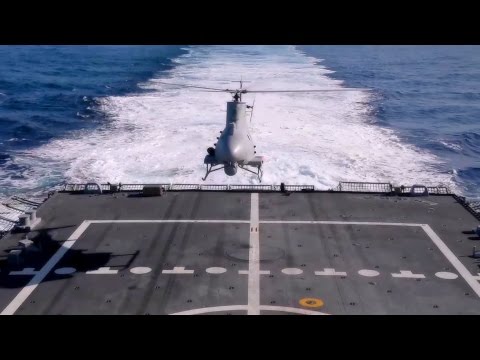 To be honest, the armed version of this aircraft will be out soon enough.

The wars in the future are probably going to be flooded with intelligent vehicles, communicating and coordinating with each other. It seems spooky and fascinating simultaneously.

Future of search and rescue

One of the most challenging tasks that one can ask and aircraft along with its crew to undertake is a search and rescue mission. It costs a fortune to keep the helicopter airborne for the purpose of search and rescue and often the rescue team has to let go of the aerial support swiftly. The search and rescue landscape is in the throes of a massive change thanks to drones equipped with infrared cameras and computer controlled recognition systems. A fleet of drones can cover large distances owing to their precise GPS systems in contrast to the traditional rescue aircrafts. An aircraft is required to carry passengers but this means that a manned airplane will only have to be deployed once to bring back the lost personnel.

Here is another interesting idea about medical drones. Check out this video. 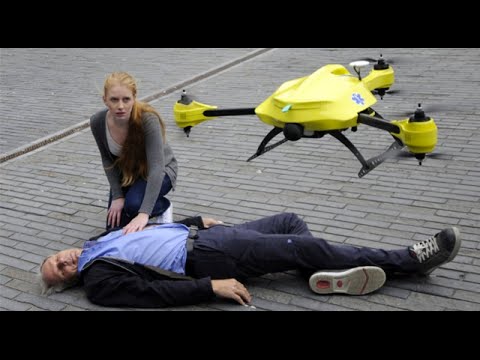 Flying cars and cities floating in space along with flying droids and airborne robots have been the centrepiece of numerous blockbuster Hollywood Sci-fi flicks. It goes without saying that these films did not feature trucks with propellers. They portrayed more advanced stuff such as VTOL jets or other anti-gravity gizmos.

This concept drone is loaded with a gadget that can restart a patient’s heart after a cardiac arrest. Long response time is a primary cause for the casualties of a large number of people succumbing to cardiac arrest so drones such as this one can really prove to be the difference in the time to come.

Amazon Prime Air is one of the most fascinating applications of drones in the realms of business. Here is an interesting video in which Jeremy Clarkson explains all the intricacies.

These drones mutate between efficient airplane and multirotor mode. They deliver package employing autonomously flight features onto a specially designated landing pad and then get back home.

Amazon has been undertaking trials of this system for some time now and it appears that regulations are serving as an obstacle instead of technology.

LIKE TO READ  10 Use of Drones in Energy Sector

Drones can also be used as security patrols which could enhance the security of neighbourhoods. Visible CCTV cameras have played a major role in reducing crime rate in numerous countries around the world so one can imagine the advantages on offer when it comes to a flying camera. Drones, as a matter of fact, have also be employed successfully for the purpose of harmless crowd control systems such as paintball markers and pepper spray.

Smart drones may also be used an embedded system for land mapping, exploring mines and other underground systems or even serve as a coordination mechanism amongst other robots while doing tasks related to construction.

There is no limit to what use one can put a drone to and we will soon be living in an era of machines flying all around us.

Flight time is one of the major concerns when it comes to the practical use of drones. You can of course integrate a gas powered internal combustion engine in them as this was the go-to mechanism in RC aircrafts long before LiPo batteries and other tech took over.

In this age marred by the threats put forth by climate change and the enforcement of carbon taxes, it is not probable that people are going to accept hundreds of flying machines around them spewing smoke in the atmosphere. So, alternative sources of energy is what we would be looking to. There are those larger aircrafts that are banking on solar energy to keep afloat for longer durations of time. These are primarily fixed wing airplanes that do not necessarily require a lot of energy but there have been experiments conducted by engineers and scientists with solar powered quadcopters and with some success as well.

Hydrogen fuel cell seems like a pretty decent choice as it can be refuelled swiftly, produce electricity directly, boast higher energy capacity in contrast to LiPos and can be a cleaner form of energy if the right source of electricity is used to make hydrogen.

A large multirotor using a fuel cell was tested by EnergyOr Technologies which is headquartered in Montreal. The aircraft set the record in its category with an air time of 2 hours, 12 minutes and 46 seconds.

Have a look at the video here. 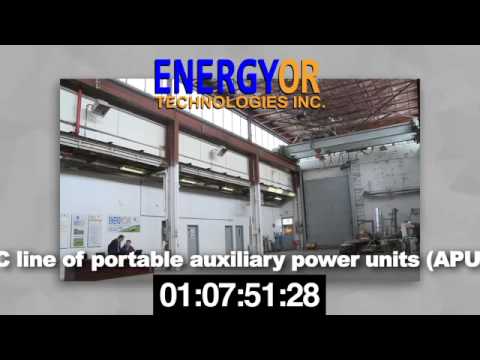 Battery technology is also in the process of getting more and more advanced with its fast charging and high capacity prototypes being tested all over the world.

Drones and their uses will get an upwards surge as soon as the issue of battery juice is dealt with.

Future with lots of questions

It goes without saying that a future brimming with drones will definitely leave us with plenty of questions to answer to. How will air traffic control really work? Who will ensure the safety of delivery drones along with their payloads? Definitely there is a lot of effort needed in this regard but drones have really come of age now. So, we should probably realize that and get ready for the Drone Boom!