Home
Blog
Morpheus is back and is better than ever before!

Morpheus goes through yet another successful test!

Morpheus is back and is looking better than ever before! Hold on! Do not mistake this Morpheus with the file sharing software or the well known character named Laurence Fishburne from “The Matrix”. This Morpheus is a lander that has been developed by NASA for experimental purposes.

The Morpheus lander is undergoing stringent tests at NASA’s VTB Flight Complex at the Johnson Space Centre. There is no denying the fact that this fabulous aircraft appears more like an a scintillating marvel churned out by some Sci-Fi flick and sporting an eye-catching look that dates back to the era of 1950s.

Morpheus just recently went through another free flight test which was successful. Here’s the complete video and I bet it will look incredible.

A few interesting things to know about Morpheus

During flight, the Morpheus takes me down the memory lane of SpaceX’s Grasshopper. Having said, it is pertinent to mention here that the Grasshopper used to be 10 stories short and had a slightly different objective to achieve in deep space.

LIKE TO READ  Drone Racing League Race3 to be Launched Soon 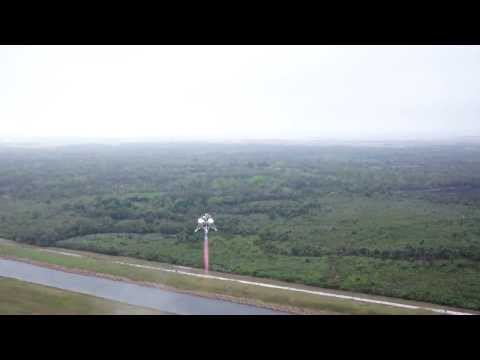 We look forward to posting more interesting facts about this project in the future.
LIKE TO READ  Drone Racing is the Next Big Thing: Come Join In
0/5 (0 Reviews)
Share Tweet Pin it