The registration required by the Federal Aviation Administration for Hobby drones was terminated by the US Court of Appeals for District of Columbia Circuit last month.  John Taylor, a drone aficionado, had challenged the legitimacy of the FAA registration for hobby drones in the court. The registration program started functioning in the winter of 2015 under which it was mandatory for hobby drone owners to get their drones registered with the authority after a payment of $5. The drone enthusiasts were then issued a unique identification number which was required to be imprinted on the drone itself. Almost 300,000 drone owners got their devices registered during the very first month.

Referring to the 2012 FAA Modernization and Reform Act passed by the Congress and signed by President Obama, the honorable court took the plea that the FAA was not supposed to promulgate any rule or regulation with regard to the Model Aircrafts.

The aviation attorney Loretta Alkalay opined that it was a significant victory of the drone hobbyists and all those who had been frustrated time and again by the excessive imposition of regulations by the government vis-a-vis hobby drones. She further elaborated that the Congress has explicitly prohibited the FAA from formulating any rule regarding model aircrafts and the Court of Appeals has further strengthened the rule of law.

Having said that, there are some in the drone community who have been disappointed by the court’s decision. According to Brian Wynne who is the CEO of the Association of Unmanned Vehicle Systems International, the presence of a drone registration system is vital since it instills a sense of responsibility and hence calls for accountability for all the users of the national airspace. He believes that such a system also ensures that a culture of safety is encouraged and reckless flying habits are discouraged as much as possible. He added further that his organization was looking to collaborate with Congress and come up with a viable legislative alternative that would ensure across the board accountability for the whole community of manned and unmanned vehicle pilots.

The registration process has been struck down for the drone hobbyists but the rules and regulations with regard to registration for the commercial users are still in place who have to undergo a training and then clear an examination in order to acquire the certification.

FAA said in a statement that they were looking deep and hard into the judgement issued by the US Court of Appeals for the District of Columbia Circuit. The statement further said that the registration and operational requirements were put into place to promote a culture of safety and curb any attempts to invade anyone’s privacy and strengthen security of sensitive government installations. The FAA further added that they were in the process of reviewing their options and deliberating their response on the judgement.

Promoting a culture of safety

A huge proportion of drone users had already accepted the fact that the drone registration process had been coined to ensure that the safety standards were observed while flying drones. Some of the experts were of the view that the stringent regulations were put into place owing to the unfortunate drone crash in the White House in the winter of 2015, albeit the drone pilot had voluntarily come forward and apologized for the incident.

The founder of a drone research firm SkyLogic Research, Colin Snow, is of the view that the registration process was introduced since the authorities wanted to identify the drone pilot in case of an accident or other unscrupulous activity. Having said that, he believes that the probability of someone getting their drone registered with FAA and then carrying out an act with malafide intention seems quite low.

There have been evidences of drone flights near airports while the airplanes were about to takeoff and during rescues being carried out by firefighters. As a matter of fact, a teenager lost his eye when a drone crashed right into his head.

There are many who feel that the registration system has certainly inculcated a responsibility towards safe flying in some drone enthusiasts but it is not at all sufficient.

What is the solution to all this chaos?

John Taylor, in an interview with MarketWatch said that the whole registration process took around 7 minutes to get completed. He further added that the short process was created by FAA to prevent the drone owners from indulging in cumbersome procedures but he wondered if such a shortened mechanism could invoke the required degree of education.

He was of the view that the drone users should be forced to abide by the safety measures but he believed that the registration process was the solution to all the problems.

He further argued that education and enforcement have to go hand in hand. He proposed that perhaps the drone manufacturers should test their customers regarding their basic flying skills before selling them their product.

Is this all an overreaction?

He said that’s till now, there has been no real news of an American getting seriously injured by drones. He added that ATVs and watercrafts contributed to a lot of casualties every year whereas drones only led to injuries of mild nature. He opined that all of this was an overreaction to the new technology since people were finding it difficult to come into terms with drones. He summed it up by saying that the actions taken with regard to model aircrafts seemed nothing but fearing the change that is about to take place because of drones. 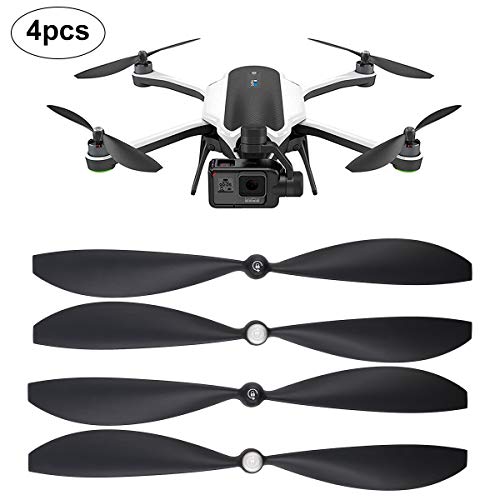