X’s Project Wing has collaborated with Tech Virginia’s Mid-Atlantic Aviation Partnership to carry out research flights at Virginia Tech, as they endeavor to explore the prospects of food delivery using UAVs. X is an innovation lab that was previously known as Google [X] and Project Wing is a part of this program. The program is dedicated to conduct groundbreaking research and make game changer discoveries in the world of science and technology.

The flights were Project Wing’s first tests that involved external users in the United States and its first partnership with a Federal Aviation Administration-authenticated unmanned aircraft test site.

Commercial usage of the project wing for package and food delivery

US Senator Mark R. Warner strongly believes that the commercial usage of drones for package and food delivery in the US airspace will be a reality in the future. He expressed his delight at the collaboration with Project Wing and other partners to exploit Virginia Tech’s massive research capacity to harness the huge business potential offered by UAVs.

The existing phase of the tests is being carried out at a closed site with a limited number of students and employees and has not been opened for the wider public as yet.

Governor Terry McAuliffe voiced his appreciation for the Common Wealth of Virginia and its institutions of higher education in their efforts for putting the UAVs to commercial use. He opined that Virginia Tech’s partnership with Project Wing is likely to create new vistas of opportunity for Virginia entrepreneurs and make this fledgling industry safer and affordable. He articulated that contemporary technologies such as unmanned aircraft could be instrumental in creating jobs and expanding the Commonwealth’s private-sector portfolio as the government worked towards building a new Virginia economy. He further conveyed his enthusiasm at the prospects of working with the partners in business, higher education and government to ensure that this emerging sector is able to improve the standard of living of the local people.

The main aim of the research is to integrate delivery of packages and food into daily lives and is a part of Virginia Tech’s commitment to forge smart infrastructure for human centered communities. It is a project worth $75 million that is geared to providing pragmatic learning opportunities for students and build infrastructure that backs up sustainable communities and evolves in tandem with the users.

The extended flight tests at Virginia Tech are dedicated to retrieving technical, safety and practicable data on delivery of food via drones. The observations and findings from the research will be shared with the Federal Aviation Administration.

Project Wing lead Dave Vos lauded Virginia Tech for being pioneers in aviation safety, innovation and entrepreneurship. He appeared hopeful in producing new data on the operation of delivery using UAVs and expressed his commitment to assisting cull information about how people might use an aerial delivery system in their everyday lives. He appreciated and commended the efforts of Virginia Tech and FAA in making the tests a reality.

The current testing phase has explored food delivery which is hampered by time, temperature, frequency, packaging and volume. All these factors make it a perfect platform for conducting research on.

Virginia Tech President Tim Sands recalled that last year at a conference on entrepreneurial spirit at Virginia Tech, he had joked that there could be a time in the future when quadcopters are seen delivering ramen noodles around the area. He appreciated the partnership among the collaborators and termed it as groundbreaking. He expressed his resolve at continuously looking for new partners who could help build Virginia’s economy and prepare the students for the future.

Plenty of flights have been conducted by Project Wing in private airfields with a prototype drone that has the ability to cover long distances and deliver packages with ease and safety. The scientists will be studying vehicle performance, operational details and navigational precision in a real time environment. The test flights will also delve into a customer’s experience of receiving food delivered by a drone.

Operation beyond line of sight

Director of Virginia Tec Mid-Atlantic Partnership, Mark Blanks was of the view that the package delivery by drone particularly for instant receipt by the intended person was a massive challenge. He articulated that efficient operations required the UAV to be operated beyond the line of sight of the pilot, over residential areas and in an airspace brimming with aircrafts. He hoped that this research could pave the way in the formulation of a number of safety and policy issues that fall under the purview of the FAA. He remarked that Project Wing followed a safety-oriented approach that is a pre-requisite of such a massive project. He believed that Virginia Tech followed the same principles and so he held high hopes for a successful partnership between the two agencies.

Both the partners have ensured extreme safety for the research project. Project Wing aims to ensure that package and food delivery becomes an integral part of our everyday life. This could pave way for approaches more affordable, faster and eco-friendly in contrast to ground based transportation. 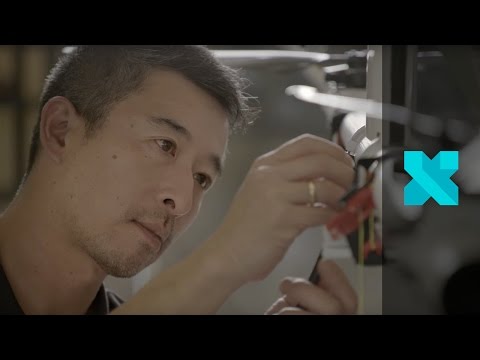 The research further intends to integrate unmanned delivery with manned aviation; thereby ultimately informing the routine utilization of drones for everything ranging from emergency situations to everyday shopping.

The Federal Aviation Administration chose Virginia Tech Mid-Atlantic Aviation Partnership as one of six national tests sites for drones in the country. Since then, there have been researches conducted on the delivery of medical supply to far flung areas, traffic management platform for drones in collaboration with NASA, search and rescue missions and a vast array of other applications.

Their research work has been instrumental for energy infrastructure, agriculture and emergency management and aims to mainstream UAVs in national airspace such as flights that are operated beyond the line of sight technology and collision detection technologies.