Drones are becoming immensely popular with every passing day. Massive retail giants are beginning to employ them in delivering their products to customers, they are being used by security companies for surveillance activities and they are also being used in emergency situations to conduct search and rescue operations. We have provided a relatable fantastic drone video below. The most important thing that drones have been famous for forever since their development is that they can capture some amazing aerial photographs and video footage.

With every passing day, drones are being integrated with cutting-edge technology that will blow your minds away. Each year,  in a fantastic drone video, drones that are lighter in weight, compact in size and boast battery timings far longer than their predecessors. The camera is one of the most significant elements of a drone that has a major role to play in its operation and certainly influences its price.

The video of Hobbyists and Veterans is a fantastic drone video

The cameras mounted on these massive machines are expensive and are equipped to capture the smallest of details. Most of them come with special operation buttons that enable the pilots to control them in an easy fashion while keeping the drone balanced with the least noise from the drone to produce professional-quality results.

A drone video captured in the frigid mountains of Utah is currently gaining popularity among social media users. The drone video was recorded by Justin McFarland in the Pineview Reservoir and has received more than 10,000 views in its first week of being shared online. The fantastic drone video footage covers a lone ice skater as he slowly glides across the body of ice. The video also portrays the gorgeous snow-clad mountains and pines that are covered with snow as the skater makes his way along the frozen lake. 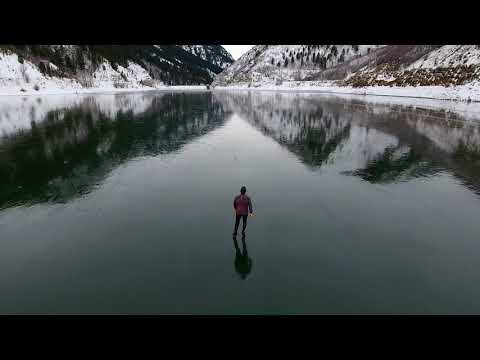 The videographer was also able to capture another fantastic drone video similar to this one and it was telecast on ABC News. Mr. McFarland advises all other fellow hobbyists to be careful and exercises due caution in their attempts to capture some stunning landscape across the globe. He suggests all the pilots follow rules and regulations pertaining to drones and be ready always for any emergency scenario that could be potentially life-threatening.