Are you a commercial drone pilot in search of a thermal zoom drone payload? Well, you are at the right place. There is one product in the market that has made it easy to install. On 8th September 2021, Teledyne FLIR introduced a new product i.e. Radiometric Vue TZ20-R. It won’t be the last time that you hear about it.

What to expect from the Thermal Zoom Drone Payload? 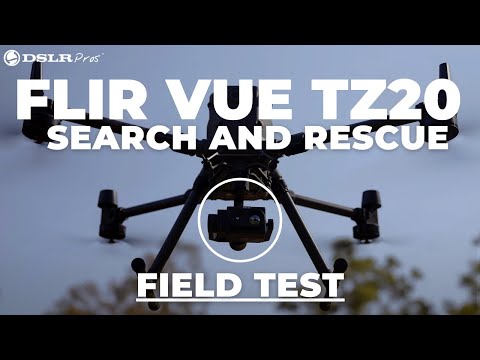 Radiometric Vue TZ20-R is an exciting radiometric gimbal payload with 20x digital zoom. It can be a great addition to the toolkit of drone pilots, who are demanding more situational awareness. Moreover, they are looking for accuracy and context, like drone pilots employed in utility stores or emergency drone pilots conducting rescue operations. All of these things play a part in the reputation of the thermal zoom drone payload.

DJI V2 Matrice 200 Series and Matrice 300 airframes were the two products largely inclined with the payload. Therefore, the drone payload makes it easy for the customers to get their hands on these airframes. DJI M200 Series V2 can be bought from DJI Dealers, whereas you can also buy Matrice 300 from B&H Photo. The payload contains 640×512 resolution FLIR Boson thermal camera modules to give a wider view of the context.

All of the features of the thermal zoom drone payload have an impact on its overall perspective. Some of the exciting features of FLIR Vue TZ20-R are as follows:

If you are a professional, this thermal zoom drone payload is very easy to set up. You create a network of the Skyport V2.0 gimbal with either DJI Matrice 300 or V2 Matrice 200 series. From there onwards, you can record thermal video or image data via microSD cards. You can also stream your thermal video mid-flight. Once the flight is over, you transfer the data to either FLIR’s own FLIR Thermal Studio software or an external data processing tool.

We know that FLIR Vue TZ20-R isn’t the finished article. Even though you can preorder it, you will not receive it until October 2021.