The update for the DJI Go 4 app is available for Android powered handheld mobile devices and it has come as a pleasant surprise for us all. The change log described a few particular feature updates for machines such as the Mavic Pro and Inspire 2 but what really made us more excited than anything else was the offline maps feature.

The most picturesque and idyllic locations in the world are situated far away from mainstream metropolitan centres of countries and they happen to be the ideal places where you can carry your drone and have some nice time with your aerial photography skills. Moreover, these far flung locations are situated in areas where cell phone towers are not available and hence no mobile services are present. But it is no excuse whatsoever that you are in an inaccessible location so you do not have any access to offline maps. DJI has made this possible with the help of their latest feature in the DJI Go 4 App.

To be honest, the owners of DJI Inspire 2 will have the greatest benefit from the version 4.0.3 of the DJI Go 4 app which was released on February 23 for Android devices. The inclusion of a number of additional features and in-depth settings are a real handful but the addition of FPV display mode for handheld mobile devices seems to be the most fun. 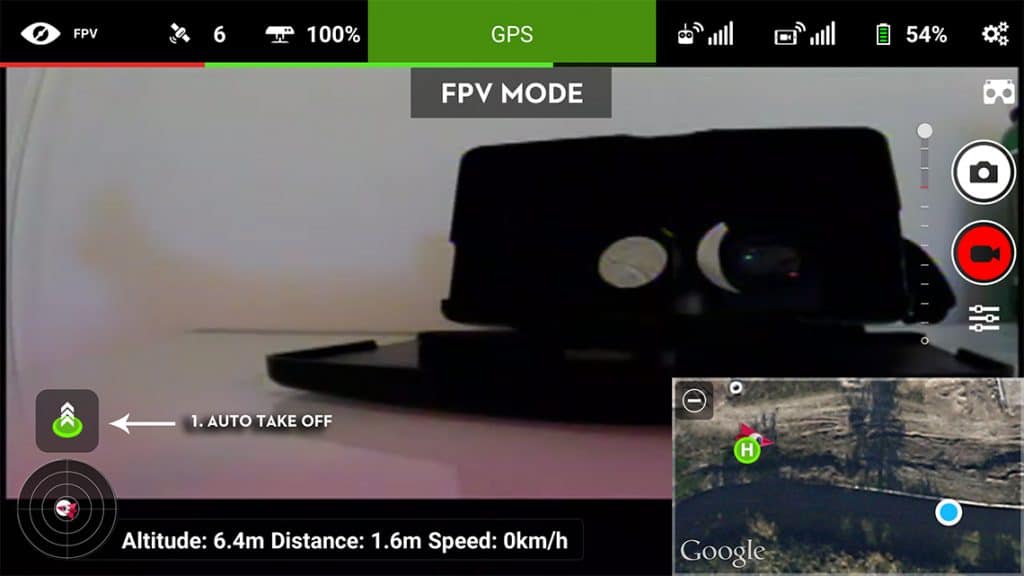 The Auto Focus Continuous (AFC) switch has been added alongside the notifications for the Mavic Pro owners so that they can install and uninstall the new propeller cage. This new feature is an important one for those who generally end up screwing up their yawing, perfect sweeping, rising, camera tilting video capture movement while hitting the auto focus key located at the back. This update ensures that none of this happens since users simply have to turn on the AFC switch for a certain shot. Once I have spent some time trying this feature out in the air, I’ll definitely let you know how well it performs.

The most intriguing part of this update for me are the offline maps. Actually, this is not a download manageable area as is the case with Google Maps on your devices. As a matter of fact, you have to choose an entire United States state and it will be downloaded. For me the download size of offline maps for the state of Oregon is 300MB. Keep in mind that only regular maps can be downloaded for offline usage while the satellite maps can only be viewed with an internet connection.

We will definitely try this new update for the DJI Go 4 app as soon as the weather conditions in our area get right for drone flying. If anyone of you has tried out this new update, let us know in the comments section what do you think about it.

LIKE TO READ  Nixie drone integrating water into their plans

What Exactly is a Drone?

Drones are Unmanned Aerial Vehicles or UAVs that have the ability to traverse the skies without an actual pilot aboard the aircraft. Having said that, their pilot is based at the ground and controls or manoeuvres the device through remote access.
What are Drones?

What People Think When they Hear
the Word Drone

Generally, we a lot of people hear the word Drone, they assume it as some sort of badass military-grade gizmo such as the MQ-9 reaper which is in reality a military unmanned aerial vehicle that has the capacity to travel a distance of thousands of miles with devastating bombs and missiles attached to its bottom. Of course, the MQ-9 reaper can be thought of as a drone but then it would be equivalent to calling a military tank, a car! As a matter of fact, all the drones vary in their design, functionality and the purpose for which they have been built. So here’s my request to you: whenever you hear the word drone from anywhere in your surroundings, please make sure that you do not assume it to be a potentially harmful military-grade device that could wreak havoc in milliseconds.

What My Definition of the Word
Drone is!

A drone is a remote controlled unmanned aerial vehicle that is manipulated via the radio frequencies and can be sent out to perform a number of tasks such as capture video, photograph, audio, weather data o1r even take some object to a target location and bring something back in return. If you have a remote controlled multi-rotor helicopter or an aircraft, it does reserve the right to be called a drone unless you mount a camera onto it to capture videos
or photographs. So, in short, a drone is a device that can be used to access data. If we are not able to retrieve data by virtue of some flying device, I’m
afraid we can’t call it a drone. Incase you are new to the world of drones, dont forget to read article
How to Get Started With Your New Drone.