The 23rd of January saw the release of DJI Mavic Air instead of the highly anticipated DJI Mavic Pro 2. DJI Mavic Air boasts some seriously amazing features but when one takes a closer look at its specifications and the price factor, it is quite evident that the mighty DJI have still plenty of plans up their sleeves with regard to the development of Mavic.

The DJI Mavic Pro 2 is in the pipeline and be rest assured that it is going to be fantastic. We have some information regarding its time of release and the features that will be a part of this magnificent device. 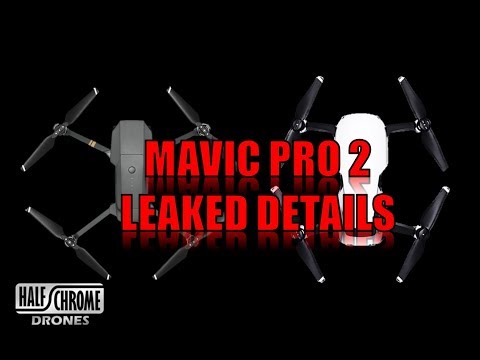 There is no doubt that the original DJI Mavic Pro was a real game-changer. It was a retractable drone that could be folded into the size of a one-liter bottle and came loaded with fabulous specifications. It was definitely the most sought after drone for the year 2016. So, what changes are the drone kings planning to bring about in this prolific machine? We have encountered rumors of an impending announcement by the drone makers with regard to the DJI Mavic Pro 2.

We will share with you the updated information, upgraded specifications that could be anticipated and also discuss with you what we hope should be incorporated in this upcoming advanced version of the amazing Mavic series by DJI.

If you are not made for speculation and rumors and only want to know about the DJI’s latest contraption, then here is a detailed piece on DJI Mavic Air.

What we should expect from DJI Mavic Pro 2

1 – Drone that is more robust

There have been reports of issues arising due to the foldable arms. The joints should be a lot stronger so that they do not wear out with the passage of time. Moreover, the gimbal protector is not as solid as it can be. We are of the view that DJI intends to make Mavic as formidable as possible.

The original DJI Mavic came with a pretty good camera and we are expecting that the newer version will come with an even better one. There are some issues related to shooting video footages at the frame rates of 60 and 96 frames per second and we are hopeful that DJI will be looking to address them. There have been rumors of an integrated one inch sensor. The DJI Mavic Pro 2 is expected to have the same glorious camera that is part of the DJI Phantom 4 Pro.

The gimbal could be a bit more isolated to mitigate the horrible jello effect that has irked the cinematographers for the past several years. We are optimistic that DJI will be able to extend the field of view which is currently only half of what is being offered in Karma by GoPro. However, there is very little possibility of that to happen. A great feature that can be added to this machine is a variable aperture that could reduce the speed of exposure on bright sunny days. Another issue with the Mavic Pro is that the gimbal gets heated up too quickly. We are of the view that the new combination of a camera and gimbal will be enhanced and more efficient despite being larger in size.

At present, DJI Mavic Pro offers a flight duration of 27 minutes. If you go for the Pro Platinum version, you get almost half an hour of flight timing. One of our contributors is adamant that the newer version called as the DJI Mavic Pro 2 will offer 33 minutes of flight duration. Hey, keep in mind that we were pretty close when it came to speculation regarding the Mavic Air and DJI Spark.

The original Mavic comes with front camera sensors while the DJI Mavic Pro 2 is expected to be loaded with the front as well as rear camera sensors which will enhance its ability to avoid obstacles. It is also anticipated to be incorporated with the smart avoidance system as the one found in Mavic Air.

7 – Easy configuration/Fly by the gesture

The DJI Spark was an innovative product with regard to the ease with which it could be set up to fly. The new DJI Mavic Pro 2 should also be easy to be configured and flown with the help of gestures such as the DJI Mavic Air and DJI Spark. We are not all that excited by the gesture flight features but the easy setup option is a highly needed feature. What do you think? Should we be expecting the DJI Mavic Pro 2 to be easily configurable?

The first few suggestions have a high probability of taking place but if DJI were really looking to move things at a faster pace, the following advancements to the DJI Mavic Pro 2 are a must.

We have also conducted a few tests on some of the drones with the LG’s omnidirectional camera. The video footage is quite remarkable and the fact that the LG’s omnidirectional camera costs only $130, this seems to be an offer you can’t refuse. Here is some video footage captured with the help of the LG 360 Cam connected to the DJI Phantom and MJX Bugs 3. 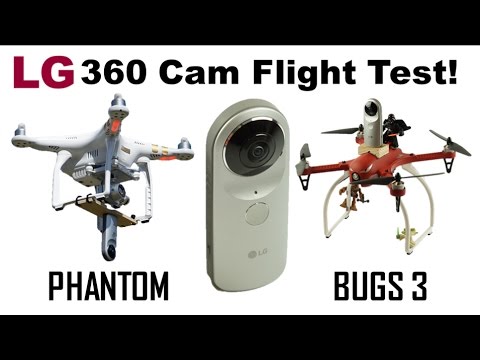 A huge number of drone pilots love to fly their drone around on beaches and lakes but it could be a heart-in-the-mouth experience once they try to do that. A waterproof DJI Mavic Pro 2 would certainly up the ante. It is possible as the new Matrice series by DJI can be flown in rain as well. Though it is a distant possibility but DJI has been surprising the consumers for a long time.

A great feature that is part of the GoPro Karma, in contrast to the amazing DJI Mavic Pro, is that it allows the drone pilot to detach the gimbal and capture fabulous still video on foot. An added feature such as this would make the DJI Mavic Pro 2 far ahead of the GoPro Karma. This could be a pretty cool feature to add but we do not think that it is all that probable. The manufacturers will have to make quite a few compromises with regard to size and flight time if they go for a detachable gimbal and it is not consistent with the DJI’s model of offering separate gimbals such as Osmo and Osmo mobile for sale.

As discussed above, the DJI Mavic Pro can be folded into the size of a one liter bottle of water. If DJI are able to reduce the form factor to the size of a coke can, that would be jaw-dropping.

We forecasted rear camera sensors for the DJI Mavic Pro 2 above. It would be pretty cool if the gadget had sensors at the top, bottom and at the sides as well. A drone that would never crash could make the pilots more confident and set this machine apart. Converting the low-resolution obstacle avoidance cameras into high-end omnidirectional video recording gear could also be a nice trick. We should be expecting lots of new things.

Do you think we are crazy?

We are not sure whether the new drone will be equipped with waterproofing or an omnidirectional camera but we are certain that the giant tech company will come with technology that will confound us all. Drones are the perfect option for omnidirectional cameras as they are not restricted by height considerations. We are anticipating the omnidirectional camera to be a part of the future drones but does DJI have the guts to pull this incredible feat off? We also think that a waterproof drone will ensure that it gets ahead of the pack big time as it will ensure that cinematographers are able to capture enhanced video footage even in the rain and snow and will also be able to fly their drones near waterfalls, water springs and heavy surf.

What to expect from DJI Mavic Pro 2?

It is anticipated that the DJI Mavic Pro 2 will be launched sometime in March 2018. Stay ready for a hike in price as the newer version is expected to be priced somewhere around $1200.