Giant aircraft manufacturers such as Airbus and Boeing used to develop aircrafts only in the past.

But ever since the drones industry has seen a rapid development, tech giants are not only finding themselves coming up with blueprints for drones but also for the different approaches that could be employed to operate and integrate them into airspace.

As by Airbus is an innovation wing of the company and Altiscope is a subsidiary group within in related to unmanned traffic management. The group has released a detailed document envisioning UTM including stakeholder roles, airspace settings and system architecture.

Decentralization is the key

Operating principles of the blueprints

7 operating principles have been delineated in the blueprints:

Instead of utilizing a single, centralized system that requires a single approach towards every aspect, Altiscope envisages UTM as a networked collection of services that blend together and comprehend each other, based on common parameters.

The document articulates that the cost of serving and conforming to market requirements is privatized by virtue of devolution but at the same time government regulators remain integral for ensuring security, access and equity of the system.

This begs the question if drones are not contacting a central controller, then who will they actually be communicating with? The documents notes that drones can talk independently to their service supplier of choice, who are bound to conform to relevant safety, security and performance standards by the authorities and collaborate with the remaining network entities to ensure efficient decision making based on the particular objectives of a certain flight.

The Altiscope blueprints also discuss the different points of contention such as flights in densely populated areas and have conjured a solution in the form of what they call “Corridors”. A corridor is a defined volume of airspace that has a control service that oversees and manages its use. The control service will be responsible for granting permission to a certain drone to enter and it will be mandatory to have certain credentials to be able to make its way through the corridor such as a specialized navigation sensor (to ensure safety if GPS signals are denigrated by the buildings in the vicinity and multipath reflections).

The future envisioned by Altiscope is not unique, to be honest. As a matter of fact, most of the key entities in the drone world largely agree on the fundamental principles. NASA has been strategizing on forging a plan for unmanned drone traffic management that could be adopted by the Federal Aviation Administration (FAA), where drone pilots will be allowed to connect with each other through a common application interface by multiple service providers. Information about their flight destination will be transmitted by drone operators digitally and data about others will be received in return.

Parimal Kopardekar, manager of NASA’s Safe Autonomous Systems Operation Project said in a recent interview that this offers comprehensive cognizance of all the other operations taking place in the airspace simultaneously to the operator and support services.

The private companies basically include startups such as Airmap, Botlink and Skyward. Tech giants such as Google and Amazon may also jump onto the bandwagon to create their own software that lets their drones communicate with the central API.

The blueprints are not only meant for quadcopters. Urban Air Mobility cannot be serviced by the current air traffic management. So, unmanned traffic management can open new vistas of opportunities for the aviation industry and spell a complete pivot.

The document is quite comprehensive and exhaustive so take your time to sift through it.

Do you think that this document foretells the future of air traffic management? Do you think it is the right way to move forward? Did they miss out on anything? Let us know by dropping a comment in the comments section below! 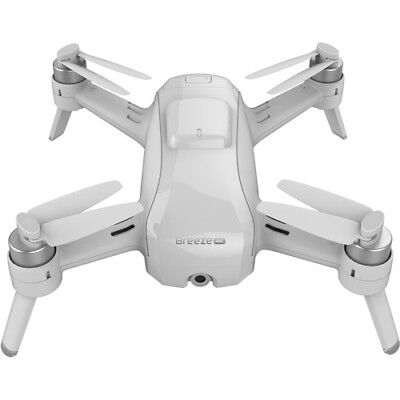