Parrot’s AR Drone 3.0, also known as BeBop, is the latest innovation by the world leaders in hands-free systems. It has ushered in a new era for the world of drones as the shift from the AR Drone to the AR Drone 3.0 version is a massive one. Overall, this fabulous machine is a camera that can be sent into the air. It even has the ability to send live feed of photographs and videos shot from the drone into the Oculus Rift headset; thereby bringing a revolution in the drone technology.

A 14 megapixel camera with fisheye lens protrudes out of the centre of the Parrot’s AR drone 3.0 that along with a number of mystifying software based tricks, enables the AR drone to produce top quality video void of any jerks or vibrations. The pilot can even zoom in or out of the video as well tilt the direction of the camera as and when required as the AR drone 3.0 hovers over the target object or scene.

The fisheye lens integrated into the camera, provides a 180 degrees field of vision to the pilot. This makes it possible for the inbuilt software to capture far more video that required. The intelligent software that has been built into the AR drone 3.0, edits the video; essentially getting rid of the undesired parts of the video and keeping only those parts that are needed for the project. This magnificent feature allows the angle of the camera to stay focussed even when the AR drone might have to suffer a few vibrations due to gusty conditions.

LIKE TO READ  Drone in a Box Sports Autonomous Features

This cutting edge feature gives the Parrot’s AR drone 3.0 an unassailable advantage over the rivals. With this technology, AR drone 3.0 is able to throw the gauntlet even to versions of drones released by the might DJI that are dependent of traditional cameras and gimbals.

Similar to the previous variations of AR drone, a pilot can communicate with the device via WiFi. The AR drone 3.0 has four antennas which enable it to operate in the frequency ranges of both 2.4 GHz and 5 GHz. The control range is reliant on the range of the WiFi but the AR drone 3.0 promises a lot more stuff than meets the eye.

Parrot have introduced the advanced Skycontroller along with the AR drone that can extend the control range to a whopping 2 Km. The mobile handheld device such as a smartphone or a tablet can be accommodated at the centre of the Skycontroller. This tremendous innovation harnesses the unfathomable power of the antennas and amplifiers to amplify the signals of the controlling device by 36 dBm.

What’s more you ask? The incredible Skycontroller routes the real time video transmission from the drone to an Oculus Rift headset. However, reports regarding this feature of Parrot’s AR drone 3.0 reveal that there is a bit of a delay in the live video broadcast piped to the Oculus Rift.

The AR drone 3.0 also integrates a GNSS motherboard that keeps track of the Global Positioning System, GLONASS and GALILEO data. This data is then used for autopilot and return to base features.

However, with all these good news, there is a bad news as well. Similar to the AR drones of the past, the AR drone 3.0 offers a flight duration of merely 12 minutes.

The Parrot’s AR Drone 3.0 will probably be able to create good vibes among drone enthusiasts and will be Parrot’s third generation machine. The company owes its gratitude to the AR drones of the past which have taught the enterprise the art and skill to sell drones in the consumer market. The AR drone 3.0 betters the features boasted by its sister models of the past while introducing high definition camera and enhanced control range will definitely give it a cutting edge over its competitors. 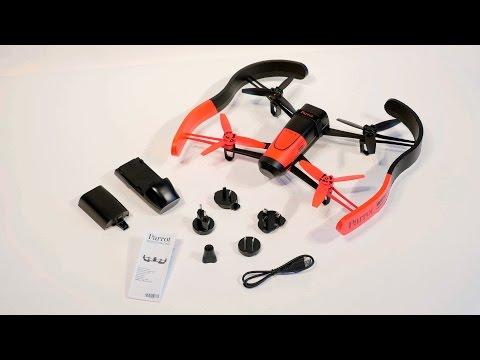