Even though there are many differences between Amazon and Wing drones, there is one key denominator that makes the Wing products more superior. Wing, a sister company of Google. is one of the few companies that conducts real-time drone deliveries in the US.

A Huge Feat for Wing Drones

Today, Wing hit a new milestone as they completed 100,000 drone deliveries. More than 50% of these deliveries happened in the last eight months. This accomplishment is just one of many reasons why Wing Drones have a huge preference in the drone industry. Until August 2021, Wing completed more drone deliveries this year than they did for the entirety of 2020.

If we talk about the deliveries in Logan, you can easily do that by logging into their app and placing an order. The Wing will send the item to any of the 19 suburbs that they are associated with.

“What distinguishes the Logan operation from the various tests and trials going on around the world, beyond its order volume, is that it is a live, automated, on-demand service,” Wing statement

What does it mean for the customers? 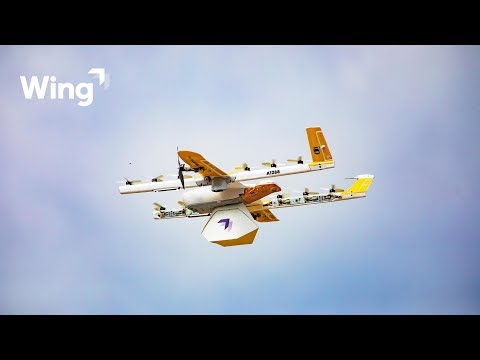 The public welcomes the success of Wing drones with open arms. Even though publicity is a necessity, the company should ensure that they don’t overdo it to indicate the infrastructure in place. This overdoing will make drone deliveries scalable. We can expect further developments regarding this in the future. Recently, we saw the delivery of Chipotle burritos at Virginia Tech.

How do the drones work?

“In many ways, Logan represents the drone delivery capital of the world, with residents in 19 suburbs able to order goods on-demand, via drone. During one week in early August in Logan, we made nearly 4,500 deliveries — a record for us — and we continue to average thousands of deliveries each week.” Wing statement

Below, we mention how the Wing drones work to deliver items to any approved location

How was the milestone achieved?

How’s this for certifiable advancement? In August 2021, it was announced that the company Wing, which is a sister company of Google, crossed its one hundred thousand drone delivery milestone which is incredible.

LIKE TO READ  Get Drone Pilot Certificate from Transport Canada 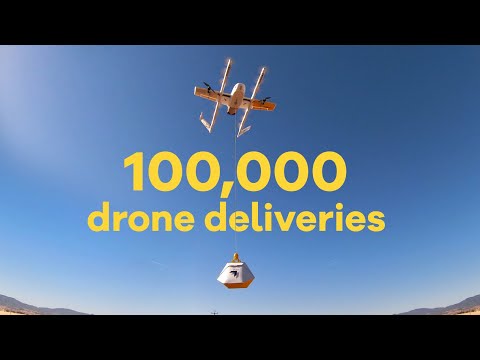 Simply six months after crossing the milestone of generating 100,000 supply drone flights, Wing has made over-whelming 200,000 industrial drone deliveries in its company’s historical background. The average you will find about 555 drone deliveries per day and one delivery after every twenty-five seconds. Wing has been on a drone supply tear a short time ago, making deliveries from ease stores, different malls, and much more and they are sending items through the air to real customers’ homes.

Wing said that its approach is good for city life as well.

“Amalgamating drone delivery into everyday life isn’t just an added benefit,” Google said in a blog post. “It holds the promise to decrease traffic obstruction, accidents, and greenhouse gas emissions while increasing sales for businesses all the while giving people more time back in their busy lives. If you want a glance into that future, just look to Australia.”

Eventually, drone flights are happening in Australia. Roughly estimation said that around 30000 drone deliveries in Australia throughout January and February 2022.

Comparison with Zipline and Flytrex

Let’s discuss another great player in the drone delivery space is Zipline, which start functioning in 2016, and in November 2021 it was said that they had completed over 200000 commercial drone deliveries smartly and initially they were carrying medical supplies with having great interest.

Wings and Ziplines, both are far ahead of many other competitors in the space. Here is the example of Flytrex. This company has done lots of high-publicity drone delivery stunts having a partnership with Domino’s Pizza, said that they have delivered twelve thousand items in 2021.

Further, many drone delivery companies are testing multiple modes and also developing highly controlled and monitored efficiently. There is a large beta process that Wing’s deliveries follow and implement.

Now have a look at future anticipation. Recently Wing launched a new partnership with Coles. Have you an idea about that? Coles is one of the huge supermarket chains in Australia. It delivers about two hundred fifty the most famous grocery items such as snacks, bread, easy-to-cook products, and also toilet paper in Australia’s capital Canberra.

One more strong partnership for the company Wing in Australia is with Vietnamese Chain Roll’d charming Grocer and Kentucky Fried Rooster.