Quadcopter Drone Battery is employed by radio-controlled unmanned aerial vehicles to power their onboard circuitry and motors.

The high energy to weight ratio of these batteries renders them suitable for such devices which used to be outdone by engines that utilized high energy, dense fossil fuels.

LiPo batteries offer a sufficient amount of watts per second to provide the requisite air time without the dreaded mechanical complexity and despised maintenance work concomitant with internal combustion engines.

These high powered batteries need some respect when being handled. They serve as power sources in almost every modern-day gizmo but if mishandled, they can cause a great amount of stress.

Let’s divert our attention to some of the terminology associated with LiPo batteries at first. There are certain specifications that you need to be mindful of when purchasing a LiPo battery.

First and foremost is the number of cells. A cell is something that we typically refer to as a battery. Technically speaking, a battery is a collection of multiple cells so a single cell is not really a battery. A conventional AAA battery that is installed in a TV remote controller is actually a single cell with a positive and negative terminal.

Lithium Polymer batteries come with a variable number of cells. Small drones and smartphones typically use a Quadcopter Drone Battery with a single cell which is denoted by “1S”. So, a “2S” battery will have a couple of cells and so on and so forth. There are LiPo batteries with cells connected in parallel but those with cells wired in series are more common.

Then, there is a rating called milliampere per hour which is denoted by “mAh”. A battery with a 1000mAh rating will be able to provide 1000mA for one hour before running out of juice. This means that with all the other factors remaining constant, a battery with twice the mAh rating will offer twice the air time.

Keep in mind that this is for the optimum continuous draw on the battery while the power requirements of the multirotor when it is airborne will vary depending on what you are doing with it. Typically, a battery is selected that at a minimum can continuously provide the amount of current needed by running at full throttle. This will reduce the probability of the battery getting damaged and the motors of the aircraft will be able to perform at their fullest.

As a rule of thumb, opt for the battery with the highest rate of discharge as it won’t cause any harm to the machine and enable it to perform at its maximum potential.

These kinds of accidents take place when the quadcopter drone battery is either getting charged or discharged. It will also occur if a cell is damaged or has undergone a physical blow. So, handle the battery with care after a crash especially if it is swollen, making noises, or is smoking hot.

LIKE TO READ  10 Ways to Enhance Your Drone's Battery Life

When it comes to an explosion or a battery catching fire after a crash, there is nothing much that can be done. But you can definitely take some precautions when it comes to charging your batteries.

Firstly, get the battery charged up to where the least amount of damage is likely to occur in case of a battery catching fire. A tiled or cemented floor away from any wooden or upholstery item is a good idea. A LiPo containment bag is also a nice way to go about it. This is a specially designed bag that contains fire along with explosions to some extent. The bags are affordable and the batteries are charged inside them.

Also, avoid getting the batteries exposed to moisture or any form of heat. Always stay close to them when they are getting charged up.

Keep the batteries out of the reach of kids.

LIKE TO READ  6 Tips for an Extended Drone Battery Life

LiPo batteries need to be maintained appropriately. When you are not flying your multirotor around, you will have to keep the batteries well attended. Over the course of time, LiPo batteries degenerate and lose the charge capacity. They are not hampered by the memory effect as some of the other battery technology so they do not need to be discharged every now and then. As a matter of fact, they should always be stored with about 70% charge and then charged again after a few days. Do not let them run out of juice during storage and do not charge them fully. They should not be charged below 3V per cell and if the charge plummets below 2.5V, it is considered dangerous to recharge. The lower the voltage of a Quadcopter Drone Battery, the higher will be its resistance to getting charged up and the high will be the probability of the battery catching fire.

It is important that you spend some money on purchasing the right balance charger despite the fact that most of the drones and quadcopters come bundled with their own chargers. The balance charger ensures that the charge of all the cells in the battery is at the same level.

This device will charge all the batteries and also identify issues with them along with furnishing information about their cell voltages. You can also slowly charge LiPos that have been stored for inordinate periods of time and get them back to their best. But again, this is something for the seasoned pros and not for the faint-hearted!

Quadcopter drone battery is powering up virtually everything in this modern age and they seem to be in the running at least in the near future. Most people do not have any issues with them but now you know that you need to exercise certain precautions to ensure their safe use.

Always use LiPos carefully as if you were handling a hand grenade! 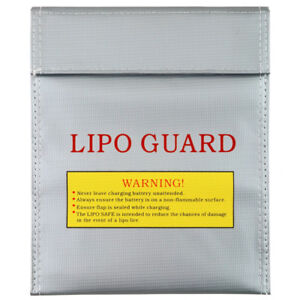 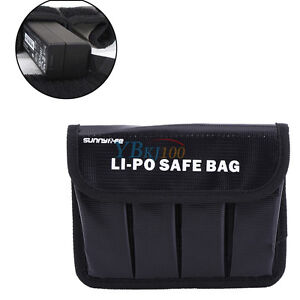 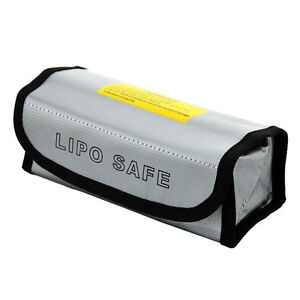 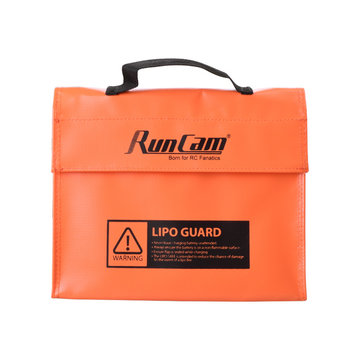