Do you want to improve your FPV drone skills? The DRL Simulator can be the key to establishing a pro drone pilot status for you. It looks like the Drone Racing League have finally released their simulator. Both PC and portable gaming stores associate themselves with Epic Game Store. Games purchased on this store generate more money for the developers than any other selling platform. There are claims that 80% of the Epic Game Store products generate money for developers, as compared to 70% from other stores.

What is DRL Simulator?

The DRL Simulator enables the newcomers to learn the basics. Certain criteria enable you to go from player to pilot depending on the success of your training sessions. Moreover, it will help experienced drone racers to improve their skills and practice virtual sessions of tracks. Although, they won’t encounter these sessions in real life.

DRL is a professional drone racing property. It consists of all aspects of FPV and drone racing lifestyle, including the setup of worldwide events. DRL makes its custom-built racing drones and broadcasting races for television marketing. The success of the DRL Simulator will just be the icing on the cake. 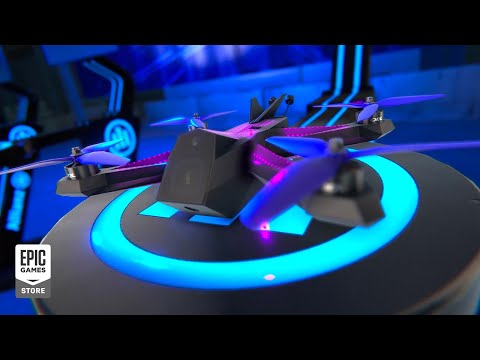 Since its establishment, the Drone Racing League is raising millions of funds from investors including Hearst Ventures, CAA Ventures, and Muse lead singer Matthew Bellamy.

The growth is there for everybody to see after the success of the DRL Simulator. Recently, DRL has shared a few statistics regarding the evolution of drone equipment. They are as follows:

A Transparency Market Research in 2020 also claimed that the potential of the drone-racing market could go as high as $786 by 2027. Moreover, the 2021 DJI FPV Drone launch was also a massive positive for the drone industry as the Chinese maker’s drones wowed the fans with speeds of 87 mph, 4K/60fps 120 Mbps camera, and OcuSync video transmission component.

Have you ever used a DRL Simulator? How can you draw a comparison between this product and flying drones in real life? Share your thoughts in the comment section.