We used a DJI Mavic Pro to capture all the RAW drone images to be discussed below but the advice suggested will be valid to all DJI drones and to aircraft manufactured by other companies.

This post is dedicated to rookie drones as well as seasoned experts. Those who are already familiar with the art of image processing will have programs such as Lightroom that process RAW photos. This post is meant to edit images using the free MacOS program “Apple Photos” that was previously called as “iPhoto”.

RAW is a file format for images that takes in optimum information from the camera sensor and stores it in a larger format than JPEG that is typically five times its size in bytes. Most of the DJI gear let the pilot configure the image type as RAW or both as RAW and JPEG. In the latter case, the drone captures and stores two images – one processed with JPEG configuration and the other in RAW format.

Is it preferable to use RAW Drone Images as an image file type?

This question is open for debate. If you carry out a lot of post-processing, then RAW is the way to go since it contains detailed light and color information which gives you more space to work around with. However, if you only indulge yourself in minor tweaks and adjustments such as cropping and light adjustments, the JPEG format is a better choice. Having said that, it is prudent to test out the JPEG settings in your aircraft before you go out into the field. DJI provides tons of options – we prefer Landscape mode on our DJI Mavic Pro and the results are quite fantastic. DJI updates these settings with firmware upgrades. So, it is crucial that you check out the results of your images before embarking on important flight adventures. This can be accomplished by checking the settings in the DJI Go 4 app while connected to the Drone and capturing a few images outdoors. You can hover the aircraft a few feet above the ground to capture some testing images but it can also be done while holding the drone in hand. Ensure that you touch the screen to focus and then capture a sample image of an object at a distance. Then view the image on your computer or large screen for close inspection.

Images in the RAW format generally appear washed out in contrast to those in JPEG since the latter are automatically enhanced inside the camera. So, in reality, the basic stuff such as sharpening, brightening and cropping is already accomplished by the camera while when it comes to RAW images, post-processing has to be relied on heavily.

Not so long ago, working with RAW images required the use of expensive software such as Lightroom along with expertise in using them. Now, the free Apple Photos app on macOS can process images in RAW format.

LIKE TO READ  Drones Get Night Vision for Operation in Darkness

In the image below, you can view a typical Photo screen in Apple Photos. This is fundamental to the RAW Drone Images. These images have been imported from a microSD card plugged into an adapted on our Mac. The thumbnails with a “J” in the upper left corner also depict a shadow behind that “J”. This shows both JPEG and RAW copies of the images in the program. If there is no such indication, then the only image that exists is in the JPEG format. If there is an “R” in the upper left corner, then it implies that the image only exists in RAW format. Keep in mind that RAW images come with.DNG file extension.

This unleashes the Editing Mode “Adjust” screen. The JPEG format is edited by default so those who wish to tweak the RAW format, will have to carry out an additional step. Click on the Image button at the top of the screen to reveal a drop down menu wherein choose the “Use RAW as Original”. This brings the RAW Drone images into the Editing Screen.

Crop or level the image first by selecting the Crop tab at the top center of the Editing screen. Select Adjust Again to get access to all the editing options on the right-hand menu. Most of the adjustment parameters come with an Auto checkbox that produces decent enough results while you also get the option to manually adjust different parameters using sliders. We typically use Color, Light, Definition, and Sharpen most of the time since these are enough if the image has been captured in appropriate lighting conditions. Having said that, each person has his or her own preferences so you can take as much time as needed to try out different variations.

Exporting for email, messaging, and web use 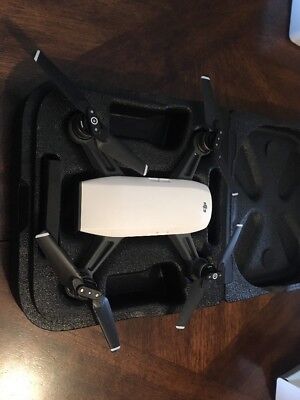