Here is the very first and basic question that a lot of novices entering the world of RC cars generally ask their veteran colleagues when buying their first toy-grade radio-controlled car: “what should I get? Nitro Fuel, petrol or electric?” Should you be going for an electric-powered vehicle or gasoline-powered one or a nitro-powered RC car? We are about to share with you some of the important facts regarding the three options available so that you are able to make the right decision when you buy your first radio-controlled vehicle.

You will find radio controlled vehicles generally powered by either of the three sources as mentioned below:

All of the three power sources have their pros and cons. Let’s get going with the mechanical differences with the fuel powered motors since the ignition for nitro and petrol engines are quite different from each other. 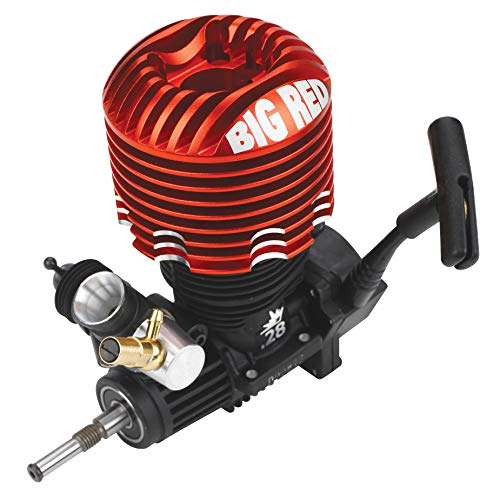 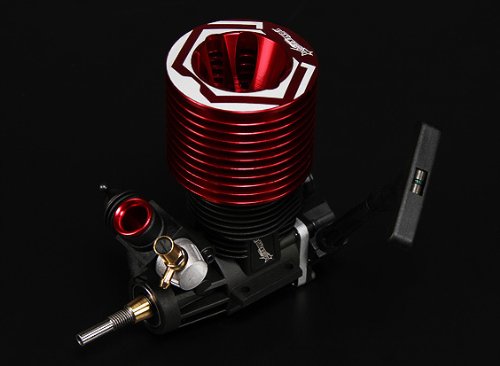 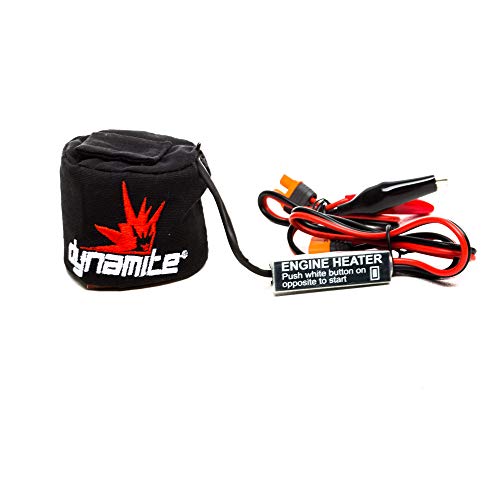 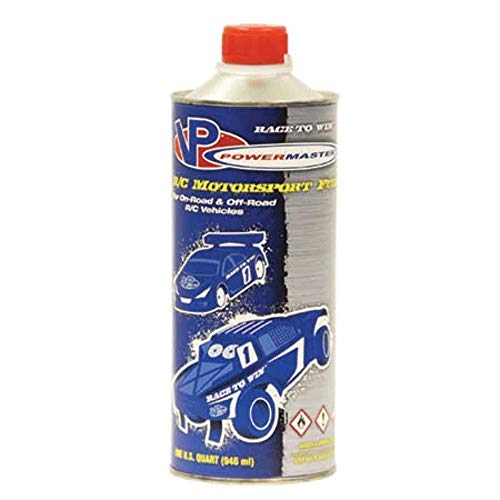 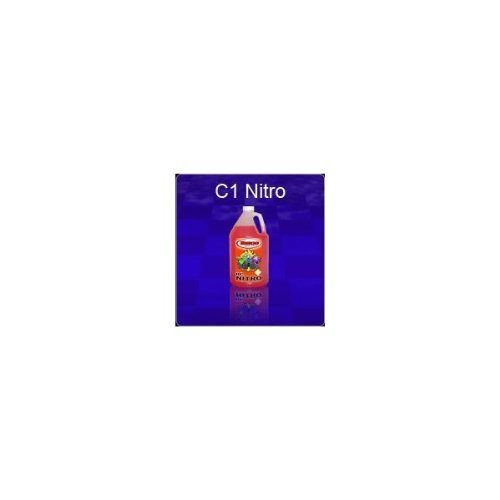 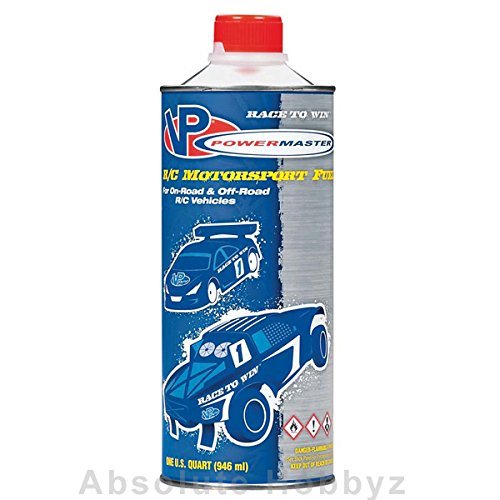 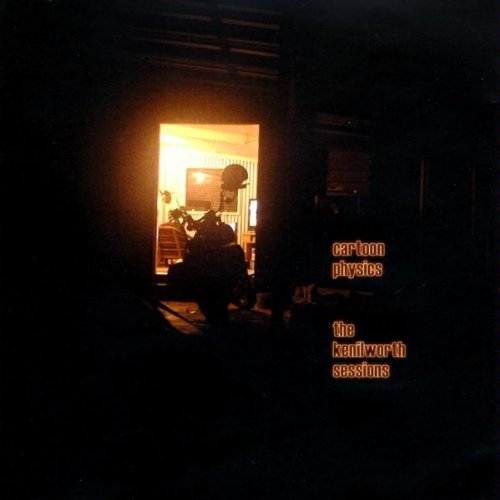 A glow plug is utilized by nitro engines that need an external ~1.5V battery-powered glow igniter to heat the plug’s coil that is mandatory to start the nitro engine. The glow igniters can be found in different variations but the rechargeable ones are the most common type that is generally a part of the nitro starter kit. As soon as the engine has been started, the glow igniter can be detached from the glow plug since the engine is able to automatically self-ignite by harnessing the heat produced by combustion.

A spark plug is used by the petrol (2-stroke) engines. The magnets move past a coil that is generally mounted on the flywheel and hence produce the spark. Once you turn on the engine by pulling the pull-start, the process takes place automatically. So, you do not need any additional glow igniters or starting gear for these engines.

You can purchase the pre-mixed nitro fuel from any decent hobby store. The nitro fuel can be had in different nitromethane percentages and is being produced by a number of manufacturers. RC nitro fuel traditionally contains 10 to 30% nitromethane, 12% oil and the remaining percentage is made up by the methanol.

I have been into RC cars for a long time and have been privileged enough to help numerous newbies get their first RC car. However, there have been plenty of misconceptions about nitro-powered RC cars, buggies, trucks, and truggies despite the fact that these appear to be the ideal choice when it comes to prolonged run times, higher power outputs, and amazing sound and fabulous fragrance of the nitromethane based engine. It is important to get into grips with how to maintain and service a nitromethane powered radio-controlled vehicle.

Any internal combustion engine requires plenty of repair and maintenance so it is always judicious to check your nitro powered or petrol powered radio controlled vehicle before and after using it.

Here are a few things that you ought to check and maintain before, during and after running your car:

Every new nitro powered RC car, truck or buggy needs at least 3 to 5 tank engine break in as mentioned by the manufacturer. This step is crucial for all nitro engines so that they have longer lifespan.

You also have to carry out plenty of tinkering to get rid of a number of unexpected issues in addition to the costs related to consumable components such as glow plugs, after-run oil, air filter oil and nitro fuel which should be considered when purchasing a new RC car.

To be honest, nitro powered radio controlled cars, buggies and trucks are not meant for those with hectic daily schedules as these vehicles require time and patience to sort the issues pertaining to them.

On the contrary, if you are searching for a substantial hobby that will help you get mechanical knowledge and also to test your mechanical prowess, nitro is the way to go. Patience and in-depth knowledge is what you require when toying with these beasts.

Petrol (2-stroke) fuel is a tremendous option for you if you are looking for a reliable fuel powered radio controlled vehicle that offers durability, prolonged run times (40 to 50 minutes) and customization options such as a tuned exhaust pipe that can make huge power outputs. These engines require typical maintenance which is comparatively lesser than that required by nitro powered vehicles. They do not get heated up that often and so do not require plenty of tuning or high investments in terms of power source.

Costing around $2 per litre, mixing 25:1 2-stroke oil is more affordable in contrast to the nitro fuel that can cost around $14 to $20 per litre. Petrol engines are generally large so they cannot fit in 1/10 or 1/8 scale models. HPI and Losi have come up with 1/8 scale monster trucks powered by gasoline but those of larger 1/5 scale are more popular which in turn may require bigger financial investments from beginners.

Electric radio controlled vehicles operate using a rechargeable battery that is typically included in the Ready to Run original packaging. These are reliable devices and do not require lots of maintenance and repair. They are clean, easy to drive and do not generate lots of noise.

There have been massive enhancements in batteries and electronic technology over the years. Battery powered RC cars, trucks and buggies have greatly benefitted by the use of LiPo batteries and brushless motors. So, now we have some of the fastest radio controlled electric cars such as Traxxas XO-1 that can attain speeds in excess of 100mph.

The ongoing costs incurred are a lot less since no consumable components such as nitro fuel, gasoline, glow plug, spark plug, air filters, oils etc. Since there is no oil-based power source involved, so the engine does not attract lots of dirt and grime; thereby making their cleaning and maintenance easy with the use of an air compressor. To sum it up, battery-powered radio-controlled vehicles are great for newbies.

Entrenched market leaders such as HPI, Traxxas, Losi and HSP have come up with electric, nitro, and gasoline-powered RC vehicles. So there are myriad styles, models and variations of vehicles and frames available on the market. You can get to choose your preferred truck, buggy or car with seamless ease. It all boils down to your personal choice to be honest.

We hope that you will have benefitted from this information and also wish you all the very best in your quest for finding the best radio controlled vehicle for yourself.