Interdrone 2018 was alive and kicking in the beginning of this month. Touted as one of the largest drone conferences in the world, the drone palooza was held this year in Las Vegas, Nevada for its fourth consecutive year.

Here are the 8 massive highlights of this year’s event:

The Ebee X and the ANAFI Work were launched by the French tech giant targeting mapping clients and construction related professionals.

Heralded as leaders in integration of drones into air traffic, AirMap announced that they will be investing in UTM with pre-integration of AirMap Platform SDK in QGroundControl.

The WiBotic Wireless Power System for DIJ Matrice 200 Series drones uses a combination of induction and magnetic resonance charging to allow drones to charge on a pad.

FAA’s acting administrator, Danial Elwell, stood firmly for all drones to have remote ID and added that FAA was held back by established law on model aircraft.

LIKE TO READ  Get Money of Old Drones for DJI

DroneInsurance.com has collaborated with AirMap in a venture that lets US based drone operators to purchase insurance from inside AirMap for Drones App.

The manufacturer of Skydio R1 Drone came up with its Autonomy Platform to enable third party developers to build on the drone’s autonomy engine.

Skydio has partnered with Omni to let consumers use their R1 drone in the Bay area on rent.

An incredible segment at this year’s Interdrone that had so many women gathered at the venue who are in love with drones. 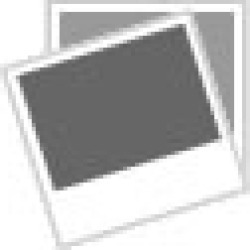