There have been reports of Stephen Ross, who is the owner of Miami Dolphins, has invested a humongous $1 million in drone racing. Drone racing league is a new rage in the town in which pilots put on First Person View (FPV) goggles and race their machines on a variety of tracks with speeds in excess of 70 mph. Of course, the first drone to cross the finish line rules the roost. FPV goggles enable the pilot to get a live video feed right from the drone’s cockpit. FPV technology is making its niche among the dronies with the passage of time as it provides a tremendous immersive digital experience.

The drone racing league is making concerted efforts to make a name for itself and gain popularity among the masses. This investment by Stephen Ross is being deemed as a massive milestone for the league. A series of trial racing events have been arranged featuring six pilots with their amazing superfast drones. They are also expected to get into colossal media deals, sponsorships and ticket sales contracts. On the whole, the league is well on its way to ensuring that drone racing becomes a mainstream sport as soon as possible and Ross’ investment of a million dollars is going to be a huge lift for the event.

Nick Horbaczewski, the CEO of Drone Racing League, told journalists that the league will first be telecast live to television audience and then as it gains momentum will slowly shift to arenas and stadia. He expressed his plans to shape the league on the same format as NASCAR. In the beginning, the contestants will have to fly the same drones. But as time passes, teams will be allowed to build their own machines and participate in the racing events.

I am not sure what you think about it but as far as I am concerned, I am quite psyched about it. The Drone Racing League held their first ever trial run in Yonkers, New York in a forlorn building with six racers as participants. Here is the video that will give you a better idea of what it is all about. 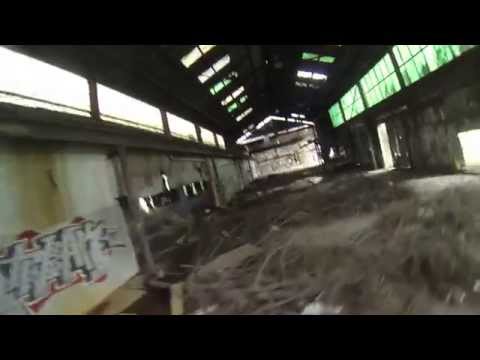 The CEO of the Drone Racing League is of the view that since the commercialization of drones is still taking place, so they will be trying to hire some of the best drone pilots in the world. I am not really sure whether the underground sport will ever be able to gain traction among audiences but if it is successful in doing so, I will definitely buy tickets for these events.

The Drone Racing league are not alone in their attempt to make this sport mainstream. As a matter of fact, back in 2015, a two day event known as the US National Racing Championships was held in California. Almost 120 dexterous pilots participated in the event which had $25000 set as the winning purse. Similar racing events have also be organized in the UK, Australia and France.