Home
Blog
10 Most Powerful Women in the Drone Industry

The drone industry has been at the receiving end of massive yet substantial changes this year. There has been a significant decrease in phony public relation stunts such as pizza delivery via drones and we have been treated to some serious announcements that can serve as real game changers such as Drone ID, UTM and software enhancements that endeavor to render safer and more user friendly.

This is not possible without people contributing to the larger cause.

The Women and Drones group collaborated with Delair, GLOBHE and Sundance Media Group to come up with the Women to Watch in UAS 2018 list. This program recognizes and appreciates the services rendered by women in the drone industry.

10 women have been included in the Women to Watch in UAS 2018 list in categories such as conservation, product development, airspace integration and tons of other classes. A panel comprising Chris Korody of DroneBusiness.center, Helena Samsioe of GLOBHE, Jennifer Pidgen of Sundance Media Group, Susan Talbot of Skytango, Wendy Erikson of Women and Drones and Taylor Mitcham of SkyNinja selected the most powerful women in the drone industry for the year.

Let’s have a look at the 10 winners of the night.

Gemma is the founder of SkyBound Rescuer and is considered a pioneer in integrating drones in the relief and rescue operations in areas hit by disasters. Her company has been undertaking projects related to drone research, consulting and training with the aim of introducing this gizmo to those who are engaged in saving lives of the people in distress.

Sonal Baid is the head of product management and strategic operations for software platform Kittyhawk and emphasizes on safety, compliance and maintenance. She also has a keen eye for looking at the new vistas of opportunity with regard to managing UAV operations at scale. She is a real powerhouse!

Jessica Chosid’s forte is advancing urban infrastructure with UAS and robotic technology. Founder and CEO of Reign Maker, Jessica, has her eyes set on collating drone data and information required in supporting engineering, telecom and utility sector. Her company is considered a pioneer in collecting structural data via UAS on a bridge in New York City.

Founder and CEO of Hover UAV, Jackie is considered an expert in the field of drone centric shark surveillance and her company has partnered with the Australian Government in their shark management research program. She has excelled in developing a sophisticated shark alarm system along with generating top notch drone imagery for marine life conservation.

Marjorie Ferrone – Entertainment and Education (US)

Co-Founder and COO of Drone Parks Worldwide, Marjorie visualized this indoor installation where a rookie could learn to fly drones. Newbies in the drone hobby are not hampered by any cost and gear restrictions in this facility that ensures the provision of safe and legitimate environment while the company aims to streamline drone education and entertainment.

Heather owns a PhD along with decades of experience in Airport Operations and Planning. She is endeavoring to integrate drones into US airspace. She has come up with a 3D mapping application that will portray the locations where UAS operations are being carried out. This is a massive step in ensuring safe and secure skies for drones in the future.

Fiona is an experience photographer and considers drones as a perfect foil for capturing the huge cattle ranches in Australia. Her photography became a part of the Whispering Grass exhibit at the Australian Embassy in Washington DC. Fiona Lake has also established a Rural Drone Academy for farmers where she shares her experience of using drones for agricultural purposes with the participants.

Dale McErlean is a manned airplane pilot and is supporting the South African Aviation Authority mainstream drones. She is working at conjuring standard operating procedures for operating drones in controlled airspace, beyond visual line of sight and night time adventures. She is considered a big gun when it comes to the flourishing drone industry in South Africa.

Gail Orenstein has been engaged with journalism for the past two and a half decades and has served in Iraq, Bangladesh and Nepal. She has incorporated drones to her storytelling repertoire and her drone imagery is offering a different perspective to the world conflict and turmoil.

Brook Tapsall is the brains behind the development of DroneALERT which is a drone reporting application as it takes inspiration from the developer’s spatial science background. The images, videos and geographic locations can be employed by law enforcement agencies to track down insecure UAS activities.

The Women to Watch in UAS 2018 list was announced at Interdrone 2018 during the Women in Drones luncheon. All these efforts are directed to ensuring that more and more women come and lead the way in the drone industry. According to figures revealed by the Federal Aviation Administration (FAA), 102,769 licenses were issued for drone operations till September 1, 2018 out of which only 5,946 were granted to women pilots.

As a matter of fact, only two out of the 15 keynote speakers were women at this year’s Interdrone. Other conferences such as the DJI’s Airworks does not include any female speaker for that matter. 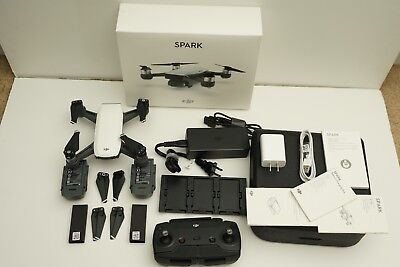