There has been a massive increase in the number of drone enthusiasts over the years. With this enormous increase, the need to inform drone users about the regulations imposed by Government authorities has become ever so important. This post is geared towards highlighting the best drones below 250g and the drone registration requirements set up by the Federal Aviation Administration (FAA) so that drone pilots are aware about the drones that can be flown with or without getting registered with the authority.

The drone aficionados need to follow a certain set of stringent rules in the US which have been developed by the FAA as discussed above. One of the rules says that if your drone weighs more than 250g or 0.55lbs, then you need to get it registered with the agency. Otherwise, you can get it zipping through the skies right out of the box.

This is a glimmer of hope for the burgeoning drone pilots who do not want to get embroiled in the troublesome process of getting their drone registered. That is exactly why we bring to you the best drones below 250g so that novice pilots can get them to fly right out of the box without having to get them registered.

It is not mandatory for you to get the best drones below 250g registered with the Federal agency but we would highly recommend you to get acquainted with the FAA drone flying rules and FAA guidelines on amazon.

LIKE TO READ  Testing Drone Delivery via 5G Innovation Studio

Moreover, if you intend to fly your drone in a country other than the United States, then you should ensure that you get through the rules prevalent in that particular country before you embark on your quest to flying your beloved drone.

[wpsm_highlight color=”yellow”]There are tons of drones available on the market that weigh less than 250g but in this post, we are going to share with you the ones that are the most popular amongst the consumers and have proven themselves worthy of the test of time. However, if you think that there are other drones that should also be enlisted here, then do not hesitate to let us know your opinion by commenting in the comments section below.[/wpsm_highlight]

So, without wasting any more time, let us get to the business end of the post and have a look at the lightweight drones with cameras below 250g. Remember, you will not be needing to get them registered with the FAA!

This is a FPV machine that is supported by VR Goggles and can be controlled with both a dedicated radio controller or with a smartphone. The real time video broadcast works for a distance up to 100 feet and can be viewed on the smartphone which can be placed on the radio controller’s holder for ease of use. Try out the DBPower UDI U818A for just $120 from Amazon. The prices have gone as high as $140 but we expect them to come down to $80 in the near future.

It is a tremendous machine that can be flown right out of the box by even the rookie dronies. Let’s have a look at some of the astonishing features of this superb contraption:

It is loaded with a 2MP FPV camera that lets the pilots capture videos in 720p resolution and amazing images.  The headless mode allows the pilots to fly their device without having to worry about the orientation of their machine while the single button return to home feature ensures that the machine gets back to its original point of take off without any fuss in case of any uncalled for situation.

LIKE TO READ  Animals Take a Shot at Drones

The drone comes with a smartphone app that lets the pilot control certain functionalities of the device such as sensors to control the flight, camera functions for managing the videos and images and plenty of other amazing stuff. 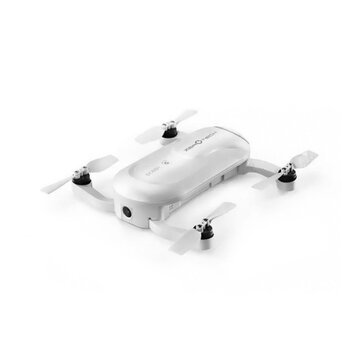 We sincerely hope that you will have come to know some seriously cool drones from our above compiled list. So, you won’t have to fret over while purchasing the best drones below 250g and there is no need to get it registered with the FAA as well.