It looks like drone light shows have secured commonplace within the world nowadays. Recently, we saw a great event taking place in the opening ceremony of the Tokyo Olympics. We also saw the Dollywood theme park’s Summer Celebration at that event. However, there is another take regarding these shows, in which drones are getting converted into flying QR codes.

What to expect from the latest development of drone light shows? 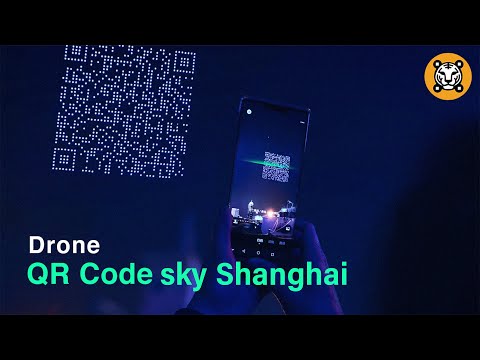 The QR code took audiences to a pre-save link for Taylor Scott’s latest song. Although, that song is yet to have a release date. We all know that Travis Scott is one of the finest musicians in the world. But, his performance in this event was unlike in any of the previous drone light shows. Dropping new music, without announcing its release date, and enabling the audience to access it via drone installation is something that has never happened before.

Although Scott is the first to sing a song without announcing its release, there is a lot more to come. This is not the first time that drones are serving in the form of flying QR codes. In one of the drone light shows this year, we saw a similar event at a video-streaming company Bilibili. They celebrated their first anniversary with a Japanese role-playing game called Princess Connect.

In that event, they used 1,500 drones to create a massive flying QR code. which links to the Bilibili website. Based on its recent success, we can see many more events such as this in the future.