The market has been proliferated with tons of FPV glasses these days. However, this year’s mobile world congress came up with some really exciting news regarding a spectacular pair of glasses similar to the Google Glass. These glasses could spell the dawn of a new era of drone piloting. Here is a video for you: 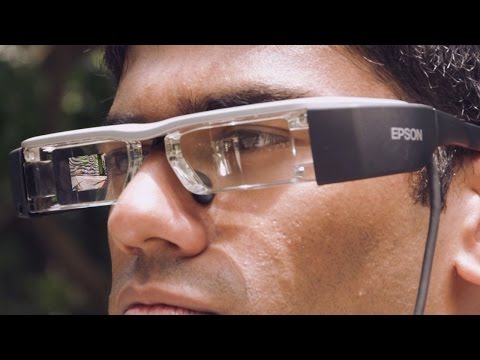 Epson believes that they are powered by Android and boast OLED intelligent specifications that would open up new vistas of opportunities for viewing the real time video stream right from the drone’s eyes. Having said that, there is going to be some time before these things actually hit the consumer market. 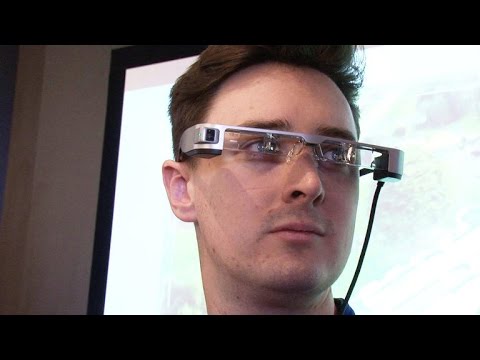 Epson Product Manager, Eric Mizufuka, while speaking at the Augmented World Expo, enquired of the audience if any of them had used the manufacturer’s pair of smart glasses that are available on the market with the brand name of Moverio.

Most of the people present at the gathering raised their hands. The Moverio glasses were also a common feature at many of the Augmented World Expo booths which were aimed at the commercial consumers.
Eric Mizufuka claimed that the sales of Moverio FPV glasses to commercial consumers had been overtaken by the sales to hobbyist drone pilots. He believed that the consumer FPV glasses were the next big thing as more and more drone pilots were getting into FPV drone flying. He also informed that Epson was in the middle of working with the mighty DJI on building tools for the Moverio glasses on top of its developer framework such as alerts when a drone is entering a prohibited zone for drones.

He was of the view that this would go a long way in ensuring that flying a drone and cinematography could become a lot easier and safer in the days to come. Moreover, this would be in compliance with the FAA rules and regulations that ask for line of sight flying.