DJI came up with a $99 drone in the beginning of this year. The model was named as Tello from a startup called as Ryze Robotics. Similar to other drones on the market, the Tello drone was claimed to be equipped with numerous exciting features at an affordable price. Toy drones typically do not get a lot of limelight but this one was different since it had a couple of massive names associated with it, DJI and Intel.

The Tello drone is a tiny $99 FPV drone that has been engineered for indoor flights or outdoor flights at low altitudes. The price tag would certainly make most of us think that the Tello drone falls in the toy drone category but it is not the case with it. In contrast to its counterparts and competitors, the Tello drone is loaded with sophisticated technology such as DJI’s smart flight control system and Intel’s Movidius vision systems. These features are also a part of DJI’s bigger drones and imply that the Tello drone is a user-friendly and stable aircraft that is integrated with the DJI’s Vision Positioning System which enables it to hold its position when flying above an appropriately illuminated surface and offers a performance similar to GPS mode.

Having said that, Tello has not be designed for entertainment purposes only. It is an educational tool and the manufacturers have opened it up to be compatible with programming from Scratch and Drone Blocks. These are easy to comprehend educational programming platforms that assist people to learn coding and programming through different hardware platforms such as Anki Cozmo. This opens new vistas of opportunities for budding programmers and drone enthusiasts and makes Tello drone an interesting proposition.

Getting to know Tello better!

The handheld sized quadcopter, Tello, is small in size and encapsulated in a plastic frame. The primary electronic components are located at the bottom of the aircraft as the battery slides into the middle to fill in the body. The Vision Positioning System can be identified underneath the machine and consists of a camera and infrared sensors. These devices assist the drone to determine distance from the ground and keep it steady.

Four brushed motors are responsible for handling the propulsion mechanism while the plastic push on propellers is protected by propeller guards.

There is a camera located at the front with a status LED and a micro USB port is positioned at the side for charging the battery. The other side has a power button.

Tello is WiFi based as the other drones available on the market. Ryze Robotics has come up with iOS and Android-powered apps so the pilot only needs to connect his or her smartphone and tablet via WiFi network and open the Tello app.

Several 3rd party radio controllers are also compatible with Tello. These devices get connected to your smartphone through USB or Bluetooth. At the moment, there are numerous controllers that are supported by iOS but not by Android but the landscape is likely to get changed as a new GameSir T1D is about to be launched. The controllers compatible with iOS include:

The Tello drone is equipped with a 5MP electronically image stabilized camera that records real time video footage at 720p and captures images at 5MP. The drone does not include an inbuilt SD card slot or any other kind of internal storage device for that matter. The entire video footage is stored in the app. Similarly, the full resolution images are transferred back to the App via WiFi.

The real time video feed in decent light is sharp and clear but keep in mind that since the video feed is also being recorded, so any pixilation or disruption in video signal is also captured in DJI Go. The still imagery is quite remarkable and can be compared to any top quality drone camera.

Tello also includes tons of intelligent flight features such as Circle, Bounce, 360 and Up and Away.

The drone encircles an object in the Circle mode and captures the surroundings of the focus object in the 360 mode. The aircraft flies up and down from 0.5m to 1.5m in the Bounce mode while in the Up and Away mode, the drone captures a short selfie video as it backs out away from the pilot.

The manufacturer has engineered the drone to perform flips in each direction while ensuring that the machine remains stable and in its original position with either a swipe on screen or button combination on the controller. This feature only works when the battery level is above 50%.

As discussed above, Tello is meant for education purposes and unleashes new vistas of learning for kids and adolescents. You can employ Drone Blocks to instruct the drone when to take off, move, flip and rotate and perform other maneuvers using the block building programming. You can also direct the drone to move forward in a specific direction without any GPS reference and the aircraft does this in an impeccable manner. You get expanded options with Scratch as it lets you code the SDK and is designed for advanced users.

Powered by a 1S 1.1A battery, the Tello is built in a way that the battery slides into the middle to fill in the body and gets charged up through the drone’s integrated micro USB port. You get a charging time of 90 minutes for a flight time of about 13 minutes. You must keep multiple batteries for an extended flight experience and there are rumors that the manufacturers are planning to include an external battery hub.

The DJI Flight Control features make it exceptionally easy to maneuver this compact sized drone. The Vision Positioning System ensures that the aircraft remains stable and holds its position above the ground in decent lighting conditions. There are two modes of flight available to the users.

In the Normal mode of flight, the drone remains smooth and allegiant while in the Fast mode, it is faster on the sticks and becomes more sensitive and responsive. The drone can be controlled with ease with the aid of a radio controller as it lets you have the drone whizzing through the room at an incredible pace. It is also quite easy to perform flips which can be accomplished with the drone both in static condition or while moving.

In contrast to the machines stacked up in the toy drone category, the Tello drone is not your typical $99 aircraft. It boasts a formidable build quality, finish and is loaded with cutting edge flight capabilities. Neither is it a Tiny Whoop nor it has been designed to be. It is not as brisk as some of your routine fast paced mini FPV racer but it certainly is a fun aircraft equipped with a camera. The programming features stack this drone in a new category so you can take this aircraft in and out of your classroom for educational purposes.

Take a look at a couple of still shots captured with the Tello drone. Video is coming soon! 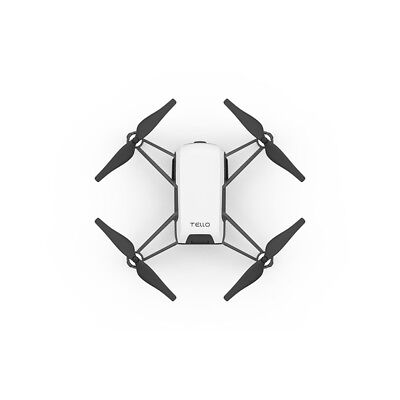 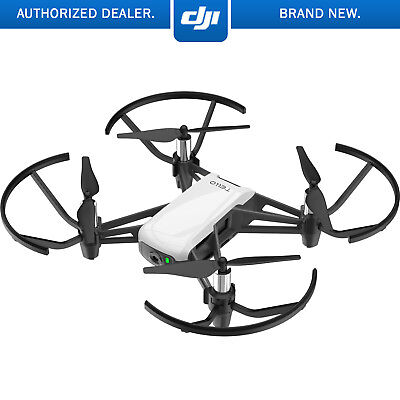